In the ultimate clash of tennis titans, Roger Federer had everything in his hands against Novak Djokovic in Wimbledon final last July, still walking off the court empty-handed! The Swiss won 14 points more than the Serb, scored four breaks more than Novak, had 40 winners more, two match points and two break points at 11-11 in the decider up for grabs, squandering all that and allowing Djokovic to steal the crown in the longest Wimbledon final ever.

The Serb gave his best to stay in contention and fight against the rival who had the upper hand in the bigger part of the encounter, repelling those two match points on the return at 7-8 in the fifth set and producing the nerves of steel in all three tie breaks to grab the 16th Major title.

The overall numbers were on Federer’s side but Djokovic did what he had to in the pivotal moments, carried by the incredible inner strength that helped him overpower both Roger and the crowd en route to the fifth Wimbledon crown.

Two hours and 15 minutes since the beginning of the clash, Novak was yet to experience a break chance, still leading two sets to one despite that. In the first set tie break, Federer led 5-3 before dropping four straight points to hand it to Djokovic, who didn’t have to do much in those 12 points, hitting no winners or errors and allowing Roger to make mistakes and ruin everything he was building in the last 55 minutes.

The Swiss quickly left this setback behind him, storming over Djokovic to grab the second set 6-1 in quick fashion, standing as the better player in the third as well but wasting a break chance that installed the second tie break.

Novak clinched it 7-4 after six errors from Roger, four in an unforced area from the backhand wing that cost him a slow start and the better finish. After all kinds of drama in the deciding set and survived games 16 and 23, Novak was the favorite in the crucial tie break that he claimed 7-3 to wrap up the title and one of his most extraordinary victories ever.

Overall, Federer hit the last ball in 29 out of 33 points in all three tie breaks combined, leaving Novak on three winners and one forced error! On the other hand, the eight-time champion counted to six service winners and five from the court, spoiling all that after massive 13 unforced mistakes and five that Novak forced.

Just like in the rest of the encounter, tie breaks were on Roger’s racquet, who failed to deliver his best tennis when it mattered the most, spraying 17 errors more than the steady Serb and finding himself on the losing side.

Novak Djokovic’s coach Goran Ivanisevic said that Federer could have seen the 21st Major title in his hands before those two match points, only to find out once again that nothing is certain against Djokovic. “It was tough to watch the drama of the last year’s Wimbledon final.

It was the first time that we had a match tie break at 12-12 in the deciding set, with two of the greatest players fighting for the title. Federer played on a high level and could have seen that 21st Major title in his hands; unfortunately for Roger, nothing is guaranteed against Novak.

As we all know, Novak Djokovic saved those two match points and played much better in the deciding tie break to deserve the title.”

LaLiga: Barcelona vs Atletico Madrid is scheduled for Tuesday, June 30

Sat Jun 13 , 2020
LaLiga Dates of upcoming matchdays revealed on radio Chema Rey LaLiga Santander is gradually getting back to normal and the dates for matchdays 32, 33 and 34 have been announced on the radio, with the pick of the fixtures being Barcelona vs Atletico Madrid – which is reportedly to be played […] 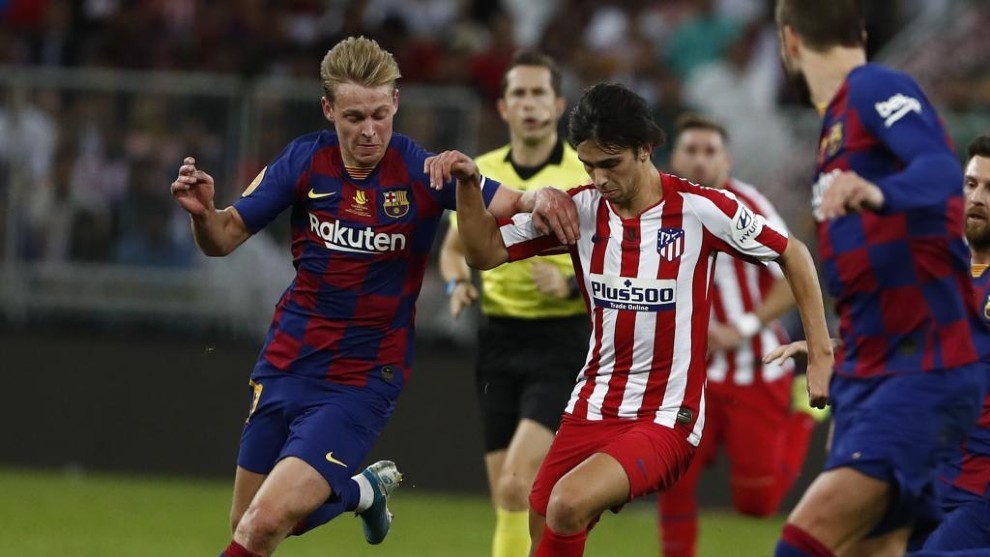