Toni Nadal, the former coach and uncle of Rafael Nadal, says that the Big Three in men’s tennis – Roger Federer, Rafael Nadal and Novak Djokovic, are very close to one another in the race for the most number of Grand Slam singles titles in history and that they are extra motivated to go down in history with the record.

In an interview published by the BLICK magazine, Toni Nadal says, “Federer used to have so much head start that there was no need for discussion.

But now the three are so close together that everyone is extra motivated. Because one of them will be the one who will go down in history with the most titles. Great athletes want that. Michael Jordan, Usain Bolt, Michael Phelps – they all wanted to leave something that would last their careers.

With a win at Wimbledon, Federer would have been six titles ahead of Djokovic. That would have been a lot. But as of now everything is possible. The fact is: the same three still dominate in Grand Slam tournaments and in the world rankings.

Although the younger boys did very well at the NextGen finals. Roger, Rafael and a bit of Novak Djokovic are running out of time. Federer is 39 – every year it becomes more difficult for him to win a Grand Slam. You all have to be very strong in your head now and not lose your will.

That is not easy.” Toni Nadal says the younger generation in tennis are not willing to make sacrifices in order to achieve the results, which is a reflection on society as a whole. “Most of what happens to society happens: there is no total commitment.

The willingness to make sacrifices is lacking. I would exclude Thiem or Medvedev from this criticism. Djokovic, Nadal and Federer also win on a bad day. The boys don’t have that ability to turn and force things.” Uncle Toni says that Roger Federer is great to watch and also notes the changes that Federer has made in recent years.

“His aesthetics are great and his technology is almost perfect. He is fortunate to be able to do everything very well from scratch. Like Rafael, who improved a lot on serve, Roger switched his game to do more and run less.”

Among the Big Three, Roger Federer has won 20 Grand Slam singles titles in his career – which is the current record in men’s tennis – followed by Rafael Nadal who has won 19 majors and Novak Djokovic who has won 17 majors.

Fri Jun 12 , 2020
The Reds coach singled out a number of academy products following a solid hit out for his side Liverpool manager Jurgen Klopp has heaped praise upon the club’s younger players who stepped up in a 6-0 friendly win over Blackburn.  With the Reds preparing for the Premier League’s imminent return, […] 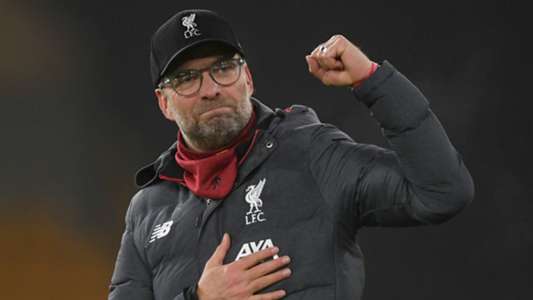