Roger Federer is often called the greatest tennis player ever by both fans and insiders. The Swiss champion has had a very long career at the highest levels, winning 20 Slams and over 100 ATP titles (not to mention the record of weeks at the top of the ATP ranking).

The 38-year-old from Basel had to undergo further surgery on his right knee which will prevent him from returning to play in 2020. Federer has expressed his desire to take all the time necessary to return to top form, so he has already given the appointment for the beginning of 2021.

In a podcast with some Spanish journalists, the former World number 1 Juan Carlos Ferrero reiterated all his admiration for Federer, who beat him in 10 of 13 direct clashes on the ATP circuit.

Ferrero: ‘Federer is the best player in tennis history’

“Roger Federer is the only person who makes me feel lower on the court, and is the best player in history for me!” Juan Carlos Ferrero said, picking the Swiss Superstar over his countryman Rafael Nadal.

“They (Big 3) are definitely the top 3 players in history,” Ferrero explained. “Novak Djokovic is the most compact of the three, physically suffering little disability. He is a very good athlete with height, weight and great flexibility.

He also plays well on all surfaces. (He) is one of the few players who put Rafael Nadal’s head in trouble,” he added. Juan Carlos Ferrero was later asked to give his thoughts on the other players who are younger than Big 3.

“I think the most deserving person to win a Grand Slam is Dominic Thiem. He is doing very well with Nicolas Massu,” Ferrero said. Perhaps those restrictions help explain why Federer, in his announcement of his plans via Twitter, didn’t seem too discouraged: “Now, much like I did leading up to the 2017 season, I plan to take the necessary time to be 100 percent ready to play at my highest level.

I will be missing my fans and the tour dearly, but I will be looking forward to seeing everyone back on tour at the start of the 2021 season.” It’s also possible that Federer and his team have concocted a long-term game plan designed to provide more daylight between Federer, with his 20 majors, and the hard-charging Nadal (19) and Djokovic (17). We don’t know who is going to win this race but we can expect this battle to be absolutely entertaining.

Sat Jun 13 , 2020
Women’s football peaked for India in the early 1980s when they bagged two silvers and one bronze in three years … The Indian national women’s team is set to embark on a momentous milestone with the 2022 AFC Women’s Asian Cup in sight. India qualified for the final round of […] 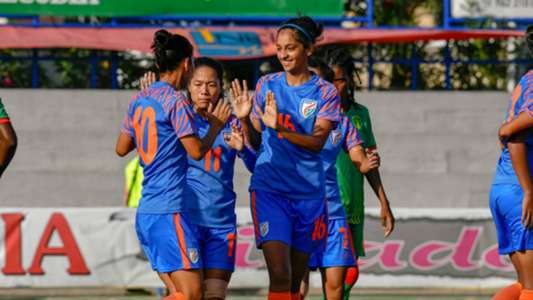