The greatest athletes of contemporary sport compared to elect the best of this century: Roger Federer, Rafael Nadal Novak Djokovic, Michael Phelps, Usain Bolt, Lionel Messi, Cristiano Ronaldo and many others. This is the top-100 of the best athletes of the 21st century by Marca, the Spanish sports newspaper.

Obviously we only find big names in this ranking, since practically all sports have been taken into consideration, from tennis to soccer, from basketball to athletics, from Formula 1 to MotoGP, swimming, but also running in mountain, grass hockey and handball.

Within the list drawn up by Marca there are obviously the Big Three Federer, Nadal and Djokovic, who have made and will continue to make the history of tennis: three phenomena that have upset the modern era of tennis, three geniuses capable of monopolizing the Game like no other had managed in the past.

Just saying Roger Federer won 20 Slam, Rafael Nadal 19 and Novak Djokovic 17. Looking at the Masters 1000 we first find the Spaniard at 35, followed by the Serb at only one title away (34) and the Swiss with 28 titles. If we consider the Big Titles (the sum of the titles won in the Slams, ATP Masters 1000s, ATP Finals and Olympics) the first is Djokovic with 56, then Nadal with 55 and Federer with 54 titles.

Marca, however, does not only include the Big 3 in this special list, but also places within it the two main antagonists of the rulers of the last 15 years: Andy Murray and Stan Wawrinka, winners of 3 Majors each, ranked respectively at number 51 and at n.88.

The Scot, winner of 46 tournaments and Wawrinka deserve praise for being able to emerge from the ordinariness in which other great talents have plunged, such as, David Ferrer, Tomas Berdych, Richard Gasquet, Grigor Dimitrov, Kei Nishikori and Milos Raonic .

As for the other sports, after the no.1 by Marca Michael Phelps, the most titled Olympic athlete ever, and Usain Bolt (sprinter considered by many to be the strongest in history), in the second place, we find all the most established names of the last few years, and not only, as obviously Lionel Messi, Cristiano Ronaldo, Andres Iniesta and Ronaldinho for sooccer, Kobe Bryant, Lebron James and Kevin Durant for basketball.

Real Madrid: Zidane converts Mendy into a right back

Mon Jun 15 , 2020
Real Madrid Only played their once before Mendy against Eibar. CHEMA REY With Real Madrid currently with only one available right back in Dani Carvajal, Zinedine Zidane tried out something new against Eibar, deploying Ferland Mendy on the opposite side of his preferred left flank. Alvaro Odriozola is on loan at […] 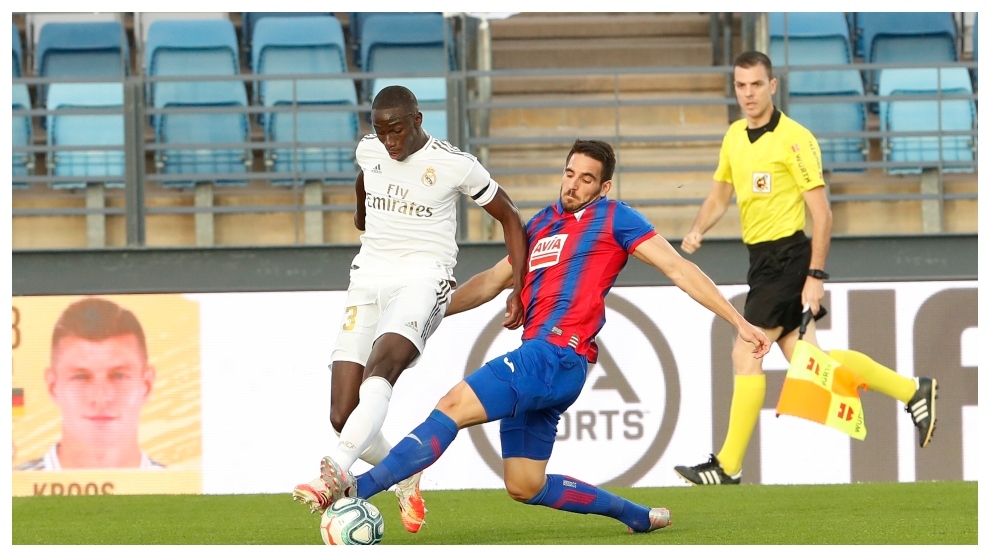