When Bjorn Borg won his sixth title at the French Open in 1981, nobody thought that the record was destined to be broken in such a short time. Rafael Nadal succeeded in this amazing feat, capable of winning the Parisian tournament twelve times, establishing himself as the greatest terrestrial in history.

The Swede, who is also captain of Team Europe at the Laver Cup, has always been fascinated by the impressive numbers and extraordinary humility of the 19-time Grand Slam champion. During a long interview with Marca, Borg praised the greatness of the Majorcan, obviously not forgetting Roger Federer and Novak Djokovic.

Borg: ‘Big 4 should not be compared to each other’

“I would have liked to play a game with Nadal on the ground. I also really liked playing on that surface,” Bjorn Borg said. “His ground records are incredible,” the Swede added.

“There will be no one like him on that surface in history. As long as he keeps playing, Rafa will always be the number one favorite to take Roland Garros. First, Roger Federer and Rafael Nadal spent more time at the top, and that makes them special,” Borg explained.

“And then, in addition to being a great champion and playing good games, your attitude matters and what you do off the track. I think Rafa and Roger have done a great promotion of tennis. I would not like to be alone with one.

In fact, apart from Rafael Nadal, Roger Federer and Novak Djokovic, I would not forget Andy Murray. All four have won a lot and it is difficult to start comparing them now to decide which is the best. I like all three. People are drawn to watching them play and the rivalry they maintain.

Their endings are all exciting. I think Federer, Nadal and Djokovic have a few more years of tennis left, but not many more. All three will be remembered for what they have done on the track but also outside. Although the day will come when the new generation will take over with Tsitsipas, Zverev…”

They are the only three male players in history to win eight or more singles titles at the same Grand Slam: Nadal with 12 French Open titles, Federer with eight Wimbledon titles, and Djokovic with eight Australian Open titles.

(On the women’s side, Martina Navratilova won nine times at Wimbledon, while Molla Mallory won eight US Championships, a predecessor of the US Open).

Sun Jun 14 , 2020
With the East German side closing in on a Champions League place next season, it looks increasingly probable they will lose their top scorer RB Leipzig boss Julian Nagelsmann has stressed that Timo Werner’s purported transfer to Chelsea is not done yet, but he is wary that his side are […] 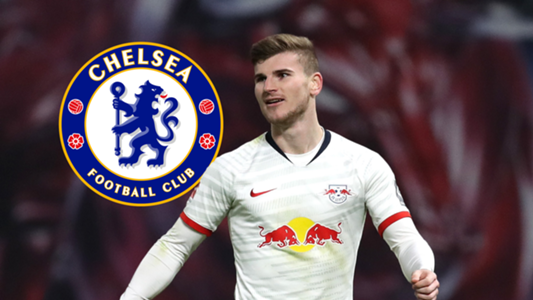