Rodri has revealed how a crucial team meeting helped turn Manchester City’s season around, crediting it as the driving force behind their remarkable resurgence as they mount another Premier League title charge.

Pep Guardiola’s side looked buried in the early part of the 2020-21 campaign following a slow and shaky start domestically, despite sterling showings in Europe.

But they have rallied exceptionally since December to establish themselves as frontrunners once again in imperious fashion.

Editors’ Picks
What has Rodri said?

“In the first period of the season, we weren’t playing well individually and collectively but this changed once we got together and spoke more about how we could work together,” Rodri told Sky Sports.

“We had a meeting and talked to each other. We analysed what was happening and how the team could do better.

“We all agreed that every player could do a little bit more for the team. I feel it’s the reason why we’re doing so well right now as there are lots of players who are currently playing at an incredible level.”

What was Man City’s early-season form?

Having previously enjoyed glittering starts to every league campaign since Guardiola took charge in 2016, the Catalan saw his worst-ever opening to a season at the Etihad Stadium at the outset of this term.

An opening win against Wolves was followed by a shock 5-2 drubbing at home to Leicester City, before they were unable to outmuscle newly-promoted Leeds at Elland Road in a 1-1 draw.

There were wins over Arsenal and rock-bottom Sheffield United, but dropped points against West Ham and champions Liverpool meant that they sank as low as 13th following defeat against Tottenham in late November.

How does it compare now?

Since then, however, City have been in magnificent form. In their last 24 games, just one side has taken the lead against them – League Two underdogs Cheltenham Town, who came within a quarter-hour of a major FA Cup upset last month.

No other team in Europe’s top five divisions can match their current unbeaten streak and only Atletico Madrid and Bayern Munich have enjoyed a greater points per game yield this season.

They are on a 17-match winning run in all competitions and are now 10 points clear of Manchester United in the Premier League table.

It’s a far cry from the doldrums of last autumn, when defeat to Spurs – then title contenders themselves – looked to have buried City’s shot at reclaiming their crown.

City’s about-face transformation has remarkably left them in the driving seat for another new record in English football; a first-ever quadruple.

Though Guardiola has previously completed a clean sweep of all four domestic honours in 2018-19, his side could still break new ground with combined success in the Premier League, FA Cup, Carabao Cup and Champions League this season.

Rodri, however, insists that any speculation on the feat is premature, adding that he and his team-mates are taking matters on a game-by-game basis.

“We aren’t thinking too much about this,” he continued. “We know we’re in the final of the Carabao Cup, we’re ahead in the Premier League and we’re still in two other competitions – the Champions League and the FA Cup.

“Of course, we can achieve it, but the idea is just to play the next game and to not think too much about it.

“If we can keep the level and rhythm then we can do it. We’ve shown it in the past few years and, while we’re not focused on this, we have the dream of having an unbelievable season.”

Sat Feb 20 , 2021
This is the third centre in the continent after the opening of the initial two in Senegal and South Africa Fifa has set a Regional Development Office in Kigali, Rwanda in their bid to boost their long-term development of football in the East African region. Fifa president Gianni Infantino oversaw […] 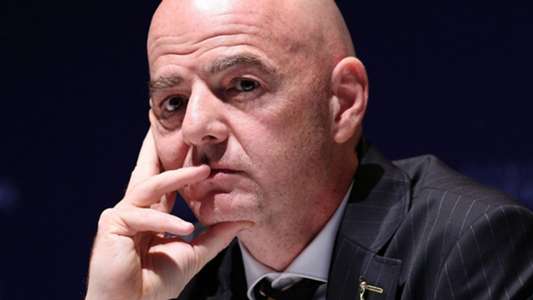