The Foxes boss admits he is in the market for another attacking midfielder, with a former Tottenham star said to be in his sights

Brendan Rodgers has hinted that he is in the market for former Tottenham star Christian Eriksen, with the Leicester boss looking to add “an attacking midfielder” to his ranks in January.

It has been suggested that a proven Premier League performer could be heading back to English football from Inter during the winter window.

Just 12 months have passed since Eriksen departed Spurs for San Siro, but that move has not played out as planned.

The Denmark international has flopped badly in Italy and is seeing a path cleared for him to make another switch.

Various landing spots have been mooted for the 28-year-old, with a return to north London said to be on the cards, but it could that the King Power Stadium is his next port of call.

A hefty wage packet at Inter could prove to be a sticking point there, with Leicester unable to take on such a salary, but Rodgers is exploring all of the options available to him.

He has told reporters amid the links to Eriksen: “We are always optimistic here but there has to be a sense of reality. In this window, if we can bring in an attacking midfielder that would be fantastic.

“We have lost an attacking midfielder in Dennis Praet, who is going to be out until April, we think. That is a big chunk of the season.

“The other players we have are more defensive midfielders like Wilfred Ndidi, Nampalys Mendy, Hamza Choudhury and Daniel Amartey.

“So ideally we would like to bring in someone who is more offensive if that player is available. But it is very difficult. Some will be out of our price range and we won’t be able to do it.

“If there is someone who can come in and support us in this period then we will look to do that.

“We can’t move away from what is our market and that is just financially the position we are in as a club. But that doesn’t mean that we can’t get very good players.

“Our recruitment has been exceptional in terms of the players we have brought in, in the market we are operating in.”

Leicester could do with getting another attacking spark onto their books as leading marksman Jamie Vardy – who has another 11 Premier League goals to his name this season – is about to take in a spell on the sidelines after undergoing hernia surgery.

Sat Jan 23 , 2021
The Blancos have insisted that the terms of the Moroccan’s current contract are completely ‘normal’ despite reports to the contrary swirling in Italy Real Madrid have denied claims they want Achraf Hakimi back amid an alleged payment dispute with Inter. Hakimi completed a €40 million (£36m/$45m) move to Inter in the […] 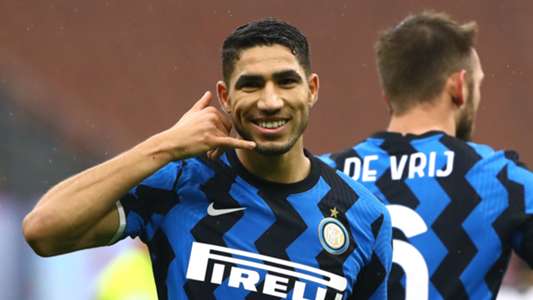