It was a long wait for East Bengal to register their first-ever win in the Indian Super League (ISL) but they finally did it in their eighth match of the season as they routed Odisha FC 3-1 on Sunday at the Tilak Maidan. However, it wasn’t a dominant display as the scoreline would suggest but East Bengal would gladly accept the three points, something for which they have yearned for since the start of the campaign.

It was a game that could have gone either way. Odisha created most of the chances and saw more of the ball throughout but it was East Bengal, who capitalised on their opportunities and sealed the fate of the match.

All three new signings of the January transfer window were introduced by coach Robbie Fowler. While experienced Indian defender Raju Gaikwad, who made a come back to the Red and Golds after five years, started the game, Nigerian forward Bright Enobakhare and Ankit Mukherjee came on as substitutes.

Both Gaikwad and Enobakhare had fruitful outings against Odisha. While Gaikwad’s trademark long throw-in contributed to Anthony Pilkington’s first goal, Enobakhare made an instant impact with a goal to make a bright start to his East Bengal career.

The Nigerian showed deft touches on the ball and worked hard in the 20-odd minutes he was on the field. He earned plaudits for his cameo appearance from pundits as well, with coach Robbie Fowler stating, “Bright (Enobakhare) was fantastic. He made the game so simple. He looks like an unbelievable player.”

While the attack looked sharp and was at their very best, the performance of the East Bengal backline remains a concern for the English manager. The defence looked shaky whenever Odisha countered and had no answers to the threats they posed. Had it not been for Debjit Majumder’s agility under the bar combined with the bad run of form for the Odisha attackers, Fowler’s side may have had to return empty-handed yet again.

In the absence of Sehnaj Singh, Milan Singh started the match. The Manipuri midfielder had a terrible outing as he failed to put any resistance in the centre of the park and gave away possession cheaply. The return of the suspended Sehnaj will certainly help fix this issue for Fowler.

While East Bengal finally got their first win of the season, it remained gloomy for Stuart Baxter’s Odisha’s who are struggling at the bottom of the league table with only two points from their first eight matches.

Baxter kept an unchanged starting lineup for the fourth consecutive match and once again, the move backfired. What message this across to the rest of the players in the squad is anyone’s guess. Certainly, it won’t help the confidence of the players on the bench as the coach hasn’t given them aple opportunities and is persistent with those who haven’t performed upto the mark.

Odisha had their moments in the game but their profligacy upfront and a leaky defence haven’t helped their cause.

With a relatively young Indian contingent at his disposal, Baxter was heavily banking on his foreign players to click but except for South African midfielder Cole Alexander, none of Odisha’s foreign players have delivered so far. The British coach has a tough job at hand – which is to overturn their fortunes. This is Odisha’s worst ever start to their campaign and certainly, every team would jump at the opportunity of playing against them in order to uplift their season. 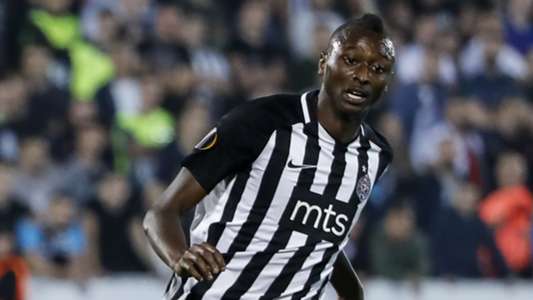