The disgraced duo left the broadcaster in infamous circumstances following comments they made in 2011, but what was said?

In January 2011, long-time Sky Sports commentators Richard Keys and Andy Gray were forced to leave the broadcasting company after the leak of several tapes in which the duo were found to make derogatory, sexist comments about female referee Sian Massey and other female figures in the industry.

What exactly did the two say? Goal takes a look.

What did Richard Keys and Andy Gray say to get sacked?

The pair spoke of their disapproval of women officiating football matches, questioning their knowledge and qualifications.

During Liverpool’s 3-0 Premier League victory against Wolves, when Massey made a tight offside decision that was found to be completely correct upon video replay, Keys said, thinking their microphones had been switched off: “Somebody better get down there and explain offside to her Massey.”

“Yeah, I know. Can you believe that? Female linesman. Forget what I said – they probably don’t know the offside rule,” Gray added.

Gray replied: “Why is there a female linesman? Somebody’s f*cked up big.”

Keys was also found to have made a comment about West Ham United vice-chair Karren Brady’s newspaper column, saying: “The game’s gone mad. See charming Karren Brady this morning complaining about sexism? Yeah. Do me a favour, love.”

Both Sky Sports and the FA condemned the comments, which led to Keys resigning from his role and Gray being sacked.

Keys later said: “Prehistoric banter isn’t acceptable in the modern world. I accept that. We failed to change when the world has changed. We wholeheartedly apologise for our behaviour. It was wrong. I deserve to be battered. I can stand up and take a beating. I’m not sorry for me, I’m sorry for Sian Massey.”

Gray then stated: “If off-air conversations of television and radio presenters were recorded, there would be no one left working. That is not to defend what happened.”

Keys attempted to apologise one last time before the end of his final hour-long broadcast, saying, “One last time, sorry. Not for myself. We got it wrong. Bad.”

The statement was made in a final attempt to save his job, but was not well-received.

The Premier League confirmed that Keys had called Massey to apologise, but that did not stop him from continuing blaming the ordeal on “misguided fun” and referring to “lads’ mag humour”, attributing it as normal in pubs, clubs and dressing rooms across the country.

“There is not inherent sexism at Sky, nor in the sports department or the football department. There is a sports room, a little boisterous like a dressing room up and down the country. It reflects what goes on in pubs and clubs,” he said.

“If you’re in a pub and a masculine type is bothering someone at the bar, we don’t like that. There is an attitude that exists such as that. If this starts to change that, it would give me some pleasure.”

Both Keys and Gray eventually signed a contract with Al Jazeera in June 2013, covering football from Qatar where they commentate on the Premier League, FA Cup and the Champions League. The pair are now flagship presenters of the BeIN Sports channels.

Tue Jan 26 , 2021
The Frenchman joins on a four-and-a-half-year deal after spending the entirety of his career so far in France Aston Villa have completed the signing of Morgan Sanson from Marseille, the clubs announced on Tuesday. Sanson will head to England in a £14 million ($19.2m) deal with the fee potentially rising to £15.5m […] 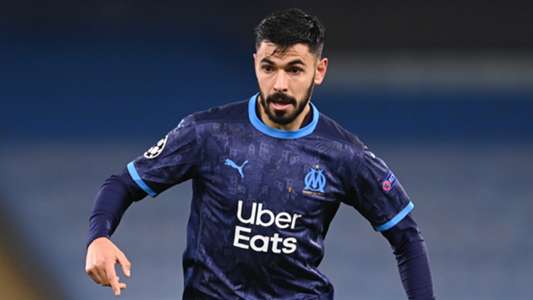