Declan Rice has aired his desire for West Ham to thrash out a deal with Manchester United that will allow “ridiculously top player” Jesse Lingard to remain at the London Stadium beyond the end of an initial loan agreement.

Lingard has been reborn since swapping a testing battle for minutes at Old Trafford for regular game time under David Moyes.

The talented 28-year-old midfielder has rediscovered his spark, having faced questions of his value with the Red Devils, and Rice would like to see a deal done for his fellow England international that benefits all parties.

Quizzed on Lingard by talkSPORT, RIce said: “Jesse is a top player. I knew this from when I played with him for England. He’s a ridiculously top, top player.

“When you give him the ball you know he’s going to do something with it, and obviously what comes with that is he’s got a great personality as well.

“All the lads have really taken to him and I’m so happy we’ve got him here now at West Ham. Hopefully we can do that for much longer for next season as well!”

How has Lingard fared at West Ham?

West Ham moved to put a deal in place for the Manchester United outcast during the winter transfer window.

Lingard had taken in just three domestic cup appearances this season before making his way to the capital.

Moyes has been prepared to hand him a prominent role within his plans, with four Premier League outings taken in so far.

Two goals were netted on his Hammers debut against Aston Villa, while a match-winning effort was struck with VAR assistance in a 2-1 win over Tottenham last time out.

Lingard has helped West Ham to take 10 points from the last 12 on offer, with that healthy return seeing them into fourth spot in the table.

His loan deal does not include a permanent transfer trigger for the next window, but the option is there for Moyes to open discussions with his former club regarding a full-time switch.

Haaland: I feel like a leader at Borussia Dortmund

Mon Feb 22 , 2021
The Norwegian striker says he is embracing a talismanic role at Westfalenstadion after a stunning start to his BVB career Erling Haaland has admitted that he already feels like a leader at Borussia Dortmund. Haaland has solidified his reputation as one of Europe’s most prolific young strikers this season, with […] 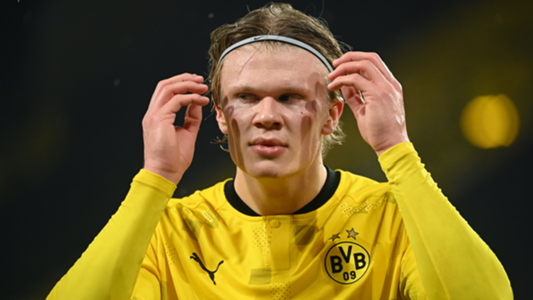