AFC Leopards interim coach Anthony Kimani decided to leave his post at the club because of ‘disrespect’ from top officials.

A source in the club has now confirmed to Goal Kimani, who was working as an interim coach, felt he was not being appreciated by the club’s top hierarchy despite the efforts he had made to build a strong team in the 2020-21 campaign.

The source further said Kimani was also upset the club had moved to hire a foreign tactician, Patrick Aussems, who watched the derby from the stands, while he has never been handed a formal contract.

“Kimani felt the club was not appreciating his work, what he has done since he started working as an interim coach,” the source, who did not want to be named, told Goal on Monday.

“He was irked further by the move to bring in a foreign coach when he had done a good job of building the team and furthermore the club was yet to give him a signed contract, they have kept telling him he doesn’t have qualified papers, and this has not gone down well with him.

Goal exclusively revealed the exit of Kimani from the Den after the drab derby, which saw Ingwe pick up a point from their rival for the first time since the 2016 season.

AFC Leopards have maintained they are yet to receive resignation letter from Kimani with chairman Dan Shikanda promising to respond on the matter when he writes to the club on his decision.

“I have heard rumours Kimani has left after the derby but as a club, we have not received any letter from him on the same,” Shikanda told Goal on Sunday after the derby.

“I can only comment further on the matter when I get his letter, for now, I don’t know if he has resigned.”

When Rwandan tactician Casa Mbungo – now at Premier League side Bandari – left in December 2019, the retired Harambee Star took charge until Tomas Trucha was appointed before the current season began.

He also assumed the roles when Trucha – citing threats to life – resigned after he had led AFC Leopards to an opening 2-1 win against Tusker.

Matano: How Tusker managed to overpower Wazito after close battle

Mon Feb 8 , 2021
The veteran tactician gives his verdict on how they managed to overpower the Nairobi-based side and end their winning run Tusker coach Robert Matano has explained how his tactical changes in the second half enabled them to beat Wazito FC in an FKF Premier League match on Friday. Second-half substitute […] 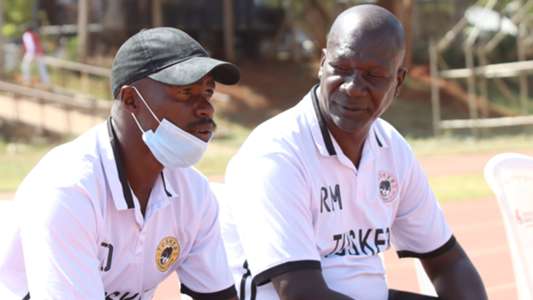