After netting two goals against Sevilla in the Champions League on Wednesday , the Norwegian scored another brace in Dortmund’s 4-0 win over Schalke in the Revierderby, including a stunning volley.

Dortmund went on a run of one win from six games in the Bundesliga earlier in the year, but victories over Sevilla and Schalke suggest a return to form is on the horizon, and Reus has hailed Haaland as the catalyst.

“Erling is an absolute machine,” Reus told Sky Germany . “He’s very hungry for goals. You see that in every game. We hope that he continues like this.

“His positive energy on the pitch pushes all of us.”

A landmark for Sancho

Jadon Sancho, who assisted Haaland’s volley with a curling cross, netted Dortmund’s opening goal of the match with a precision finish from the edge of the box.

In finding the target in the 42nd minute, Sancho set a landmark by becoming the youngest player in Bundesliga history to hit the 35-goal mark.

Haaland had words of praise for Sancho following the game.

“Me and Jadon we keep finding each other,” Haaland told Sport 1 . “It is a pleasure to play with this guy.”

Despite Bayern Munich suffering a shock loss to Eintracht Frankfurt on Saturday, the Bundesliga is beyond Dortmund as they trail the leaders by 13 points – with a place in the top four the best they can hope for.

Dortmund are well set to advance to the quarter-finals of the Champions League and even though they look fragile defensively, the attacking talents of Haaland and Sancho will worry any side they face.

But it’s likely that Dortmund’s best chance of silverware is in the German Cup. With Bayern out, it is wide open and they will have high hopes of toppling Borussia Monchengladbach in the quarter-finals next month.

Sun Feb 21 , 2021
The Uruguayan has scored seven times in an impressive debut season at Old Trafford Manchester United manager Ole Gunnar Solskjaer has said Edinson Cavani’s strong debut campaign at Old Trafford hasn’t come as a surprise to him. The 34-year-old has made a big impact after signing as a free agent last […] 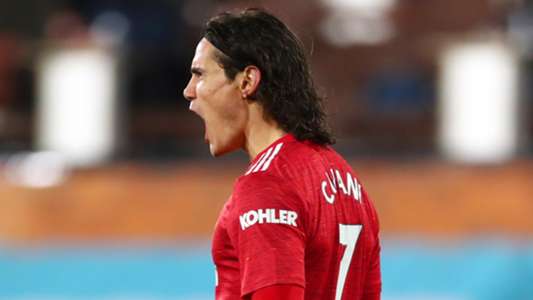