Lining up a successor to Jurgen Klopp will be a “worry” for Liverpool, says Phil Thompson, but Steven Gerrard’s exploits at Rangers suggest that he has a “fair chance” of treading a path once taken by Graeme Souness.

There is no immediate concern for those at Anfield when it comes to managerial change.

Klopp, who has guided the club to Champions League and Premier League triumphs, is tied to a contract through to the summer of 2024.

The hope is that he will deliver many more trophies before packing his bags on Merseyside, but the countdown to his inevitable departure has begun.

It has been suggested for some time that Gerrard will be next in line, with the former Liverpool captain currently chasing down an historic Scottish Premiership title at Ibrox.

Thompson expects the 40-year-old to be in the Reds’ thoughts, with Souness – another ex-skipper at Anfield – having shown that emotional returns to Merseyside can be made after cutting coaching teeth in Glasgow.

“If it was good enough for Graeme Souness to get his first managerial job at Rangers and then get Liverpool off the back of it, I would think Steven’s got a fair chance of succeeding Jurgen Klopp at Liverpool,” Thompson told Paddy Power’s podcast From The Horse’s Mouth.

“Rangers were in a better position when Graeme went in there than what they were under Stevie. And when Klopp signed that new contract, the next day, lo and behold, Stevie Gerrard signed a new contract with Rangers to the same year.

“The thing with Stevie is he took on a very difficult job at Rangers. It wasn’t easy going in there with the success of Celtic.

“I feared for him, because I thought they were so far behind that it would take five to seven years before you could actually change things. But Celtic got a bit sloppy, and Stevie has recruited very well.

“So he’s obviously the one that comes to mind when it comes to next Liverpool manager. But he also had two years as a youth coach at Liverpool, watched how Jurgen worked, how he coached and trained, so he had a good insight into how Klopp does things – which will help him going forward, because you’d not like to deviate too much if you do come down here.

“Before he started at Ibrox, Stevie asked me to have a word with his assistant, Tom Culshaw, who was going up to Rangers with him – and I told him ‘trust in Stevie, never ever let him down, never talk behind his back, not even if you think he won’t find out, you have to give him 100% trust, and he will give you that back’.

“I do fear for Liverpool’s time under Klopp. I know we’ve still got a few more years of the guy. I’ve never thought about managers, they’ve come and gone, and I’ve never really worried. We’ll always be there or thereabouts.

“I worry for us if and when Jurgen does go – because he’s given us something extra special. If Liverpool carry on, as I hope, winning trophies, it will be difficult to follow Klopp.”

While Gerrard has guided Rangers 19 points clear of arch-rivals Celtic in the battle for domestic supremacy in Scotland, Klopp has seen his Liverpool side go three games without a win to allow the Premier League’s chasing pack to close in on the defending champions.

Tue Jan 5 , 2021
The veteran tactician now says he has recovered well from Covid-19 and is ready to lead his charges to the next stage Kampala City Council Authority (KCCA FC) coach Mike Mutebi has vowed to help the team get past AS Kigali in the Caf Confederation Cup. The Kasasiro Boys will […] 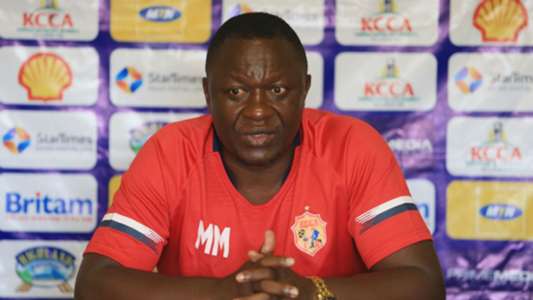