Borussia Dortmund interim head coach Edin Terzic has given on-loan attacking midfielder Reinier hope of more playing time this season, with the Brazilian youngster having endured a frustrating time in Germany so far.

Reinier moved to Dortmund from Real Madrid on a two-season loan last summer, but has played a mere 70 minutes of league action so far, and 136 minutes in total.

However, Terzic, speaking at his pre-match press conference ahead of Dortmund’s Bundesliga clash with Freiburg at the weekend, says the Brazilian would get more first-team action soon.

He said of Reinier: “He’s a very talented player who works hard on himself. He definitely deserves the chance in the near future.”

Reinier completed a €30 million (£27m/$36m) move to Madrid from Flamengo in January 2020, having been touted as one of the brightest young prospects in world football.

The 19-year-old spent the next few months in the club’s Castilla set-up, before a decision was made for him to continue his development away from Santiago Bernabeu.

Reinier was linked with leaving Borussia Dortmund in the January transfer window due to his lack of game time, and it was reported that the Blancos were looking to send the teenager out on loan to Real Valladolid instead.

However, the Bundesliga club’s sporting director Michael Zorc shut down those rumours in January, saying: “We basically don’t want to give him up. If someone is dissatisfied because he has too few opportunities, then you talk to each other, but we will not take the initiative ourselves.”

Reinier has yet to start a game for Dortmund, and questions have been raised over his lack of fluency with the German language, as well as his physical stature to cope with the demands of the league.

However, as revealed by Goal, Reinier wanted to stay and fight for his place at Dortmund, with Real giving him their blessing.

While Reinier has struggled, Dortmund have also been enduring a tough season. Expected to challenge for the Bundesliga title, they currently sit sixth, 13 points behind leaders Bayern Munich.

Their poor form cost manager Lucien Favre his job earlier this season, with Terzic stepping in on a temporary basis.

Fri Feb 5 , 2021
The French D1 Arkema outfit has finalized the signing of the Algerian from the second tier club after a successful trial French D1 Arkema club Fleury 91 have confirmed the acquisition of Algerian midfielder Lina Chabane, for the rest of the 2020-21 season. Chabane enjoyed a fine season at Montauban […] 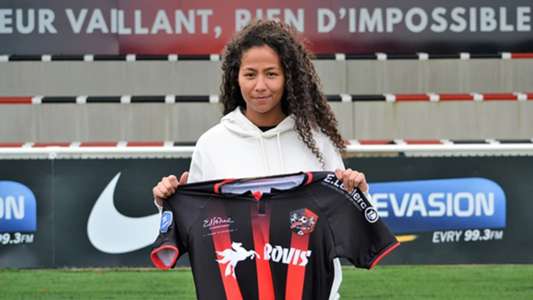