Serie B side Reggina have signed Orji Okwonkwo and Kingsley Michael on loan from Serie A side Bologna.

Okwonkwo has been with Bologna since the summer of 2016 when he teamed up with the side after graduating from FC Abuja Academy.

The centre-forward has only made 27 league appearances for the Red and Blues, having spent most of his time on loan.

The 23-year-old had a spell with Brescia and enjoyed two stints with Major League Soccer side Montreal Impact, where he made a key impact.

The Nigerian winger will now continue his development with the Stadio Oreste Granillo after sealing a temporary deal.

“President Luca Gallo and Reggina announce that they have reached an agreement with Bologna Football Club for the temporary acquisition of the player Orji Okwonwko. The attacker moves to the shores of the Strait until 30 June 2021,” read a statement from the club website.

His compatriot Michael will also spend the rest of the 2020-21 campaign with Marco Baroni’s men, having also been acquired from Bologna.

“President Luca Gallo and Reggina announce that they have reached an agreement with Bologna Football Club for the temporary acquisition of the player Michael Kingsley. The midfielder moves to the shores of the Strait until 30 June 2021,” read a statement from the club website.

The midfielder has been with the Red and Blues since 2018 and has only made one league appearance for the first team.

The 21-year-old spent the 2019-20 season on loan with Perugia and starred for Cremonese last campaign before returning to Stadio Renato Dall’Ara at the end of his loan deal.

Michael has only played one game for Bologna this season and will hope to get more playing time with his new club Reggina.

The Stadio Oreste Granillo outfit gained promotion to Serie B last season after finishing as champions of Serie C.

They are currently in the relegation zone after gathering 19 points from 20 games and will hope their new recruits will help them avoid the drop at the end of the campaign.

Michael and Okwonkwo could make their debuts for Reggina in their next league game on January 6.

They featured prominently as Nigeria won the 2015 U17 World Cup in Chile.

Tue Feb 2 , 2021
The former Reds striker cannot see the Red Devils putting themselves in the mix, with two proven contenders set to battle it out for the crown Manchester United are one of several “big-time chokers” in the battle for Premier League supremacy, says Stan Collymore, with Liverpool and Manchester City expected […] 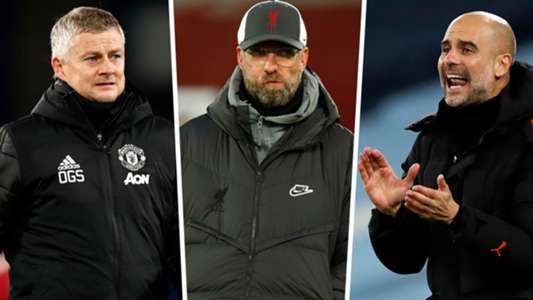