Along with Hamad, another member of the committee Saleh Al Marzouki also put down his papers…

The UAE League is undergoing a refereeing crisis after Ali Hamad, the head of the referees committee of the UAE Football Association stepped down from his post. Saleh Al Marzouki, a member of the committee also resigned after several clubs wrote to the FA against poor refereeing standards in the league during the current season.

Ali Hamad took over the presidency of the Referees Committee last March.

During the match against Al-Nasr and Al Ittihad Kalba held on Tuesday at Al Maktoum Stadium, there was controversy in the 65th minute when Al-Nasr successfully hit a penalty kick, but after returning to the VAR, the referee decided to cancel the penalty and indicated an indirect free kick. The referee reasoned that since one of their players entered the penalty box before the ball was shot, an indirect free-kick needs to be taken.

Following this incident, Mid Al-Sharaa one of the members of the board of directors of Ittihad Kalba Club demanded a replay of the match through his Twitter account.

“After the penalty kick was cancelled and an indirect free hit was counted due to the entry of the players entering the area and not re-executing the penalty kick, it became an illegal match for the referee’s violation of the rules of the game and therefore the match must be repeated There is a precedent for the match between Uzbekistan and Bahrain, which was repeated by FIFA,” he wrote.

Fujairah also submitted an official complaint against the referees after their match against Al Wasl which ended in a draw.

Former football referees have opined that creating undue pressure on referees both on and off the pitch by clubs and media is not fruitful. Instead of criticising, every stakeholder should support them morally to bring out their best during officiating.

Former international referee Muhammad Al-Junaibi commented, “The pressures have clearly increased recently on the referees, and they are required to return to their normal levels especially since the performance of the arbitration is not at the satisfactory or convincing level. Pressures mount on the referees from all sides, especially since every week there are one or more clubs that reserve reservations about the referees’ performance.

“There are teams competing to win the league title, others to survive and avoid relegation, and teams seeking to win an Asian seat, and all of this constitutes double pressure on the referee.”

However, former international referee Abdullah Al-Ajeel opined differently from Junaibi as he believes that officials should be able to cope with the pressure instead of bucking down.

“As long as there is a place in which a person wants to succeed,  he must face pressures and he must deal with it. The football referees are supposed to be accustomed to such pressures, and they must deal with it naturally so as not to negatively affect their performance in matches.”

Thu Mar 18 , 2021
The news of the death of the head of state and government was confirmed by the Vice-President on March 17 Following the death of Tanzania President John Pombe Magufuli, Mainland Premier League and Football Kenya Federation Premier League clubs have sent their messages of condolences. Magufuli’s death was confirmed on March 17 […] 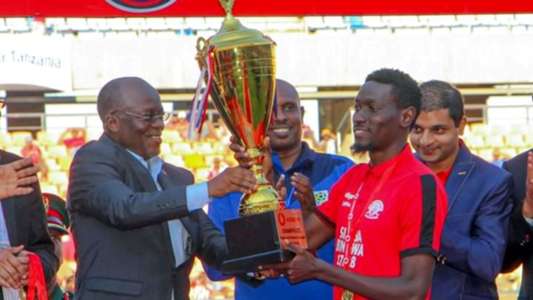