Silas Wamangituka found the back of the net in Stuttgart’s 2-1 defeat to Freiburg in Saturday’s Bundesliga game.

The forward has been in terrific form in the current campaign and again shone in his 16th league start for Matarazzo’s men at Schwarzwald-Stadion.

The attacker registered his 10th league goal of the season in the encounter and has now scored in each of his last three games.

The Democratic Republic of the Congo attacker hit the ground running, opening the scoring as early as the seventh minute.

The 21-year-old forward fired his effort into the back of the net after goalkeeper Florian Mueller spilt Daniel Didavi’s shot.

Jeong Woo-Yeong then scored what proved to be the matchwinning goal in the 37th minute of the encounter as Stuttgart failed to utilize the glorious opportunity afforded to them to share the points.

The Reds were awarded a penalty shortly before the half-time break after Wamangituka was brought down in the area by Janik Haberer.

Nicolas Hofler, however, failed to convert his effort as goalkeeper Mueller saved the strike to ensure his side maintained their lead in the game.

Despite efforts from the Mercedes-Benz Arena outfit to try and score to avoid defeat, Freiburg did enough to hold on to their lead and secure all three points.

Wamangituka featured for the duration of the game in his 18th appearance across all competitions this season.

The defeat saw Stuttgart drop to 10th spot on the Bundesliga table after gathering 22 points from 18 games.

Wamangituka will hope to continue his sparkling performances for the Mercedes-Benz Arena outfit when they take on Mainz 05 in their next league outing on January 29.

The attacker has been with Stuttgart since the summer of 2019 when he teamed up with the club from French side Paris FC. 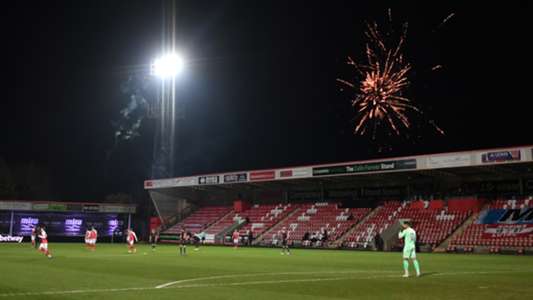