Real Madrid A telling-off in the dressing room 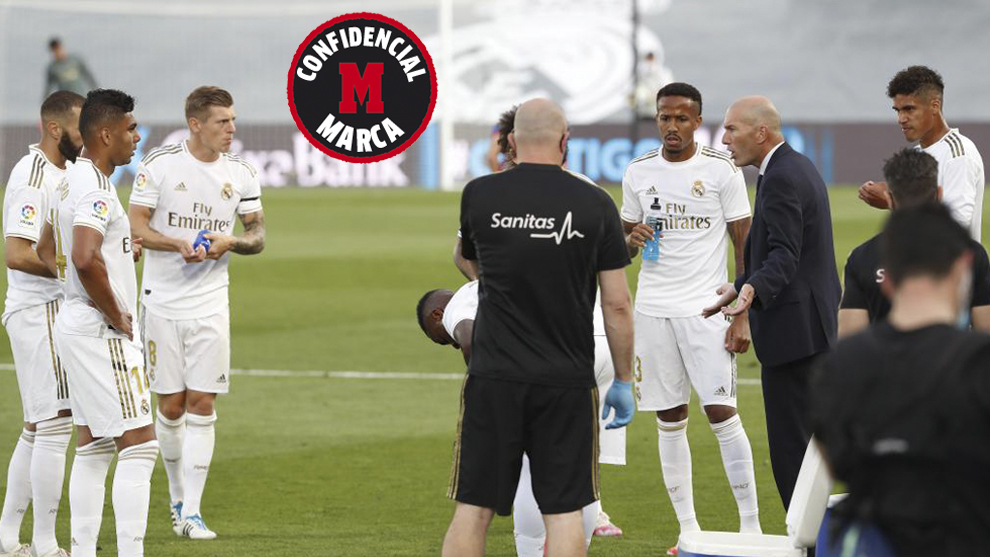 Real Madrid returned to action with a 3-1 win over Eibar on Sunday, but Zinedine Zidane was not at all happy with the second half performance and he let the players know his thoughts after the match.

It’s not common for the coach to scold his players in such a way straight after a game, but MARCA has learned that he did so in the dressing room of the Estadio Alfredo Di Stefano after the full time whistle.

He was unhappy with the lack of concentration and the relaxation shown by his team after the break.

“Everything about the first half was good and it was 3-0, so maybe we relaxed,” was how Zidane put it in his post-match press conference, although he didn’t express his anger there and instead saved it for inside the dressing room.

Even during the rehydration break during the second half, Zidane addressed his players and called for greater energy and concentration.

While the poor second half performance could be written off as simply the consequence of this being the first match back, Zidane knows that this isn’t the first time this season that there has been a slacking off as a match has worn on.

With crunch fixtures against Valencia and Real Sociedad on the horizon, Zidane wants his players to be better than they were in that second half.

He sent the players a message, one that’ll be fresh in the memory when they return to work on Monday.

Nobody is able to do it like Roger Federer