Real Madrid The coach’s thoughts after the game 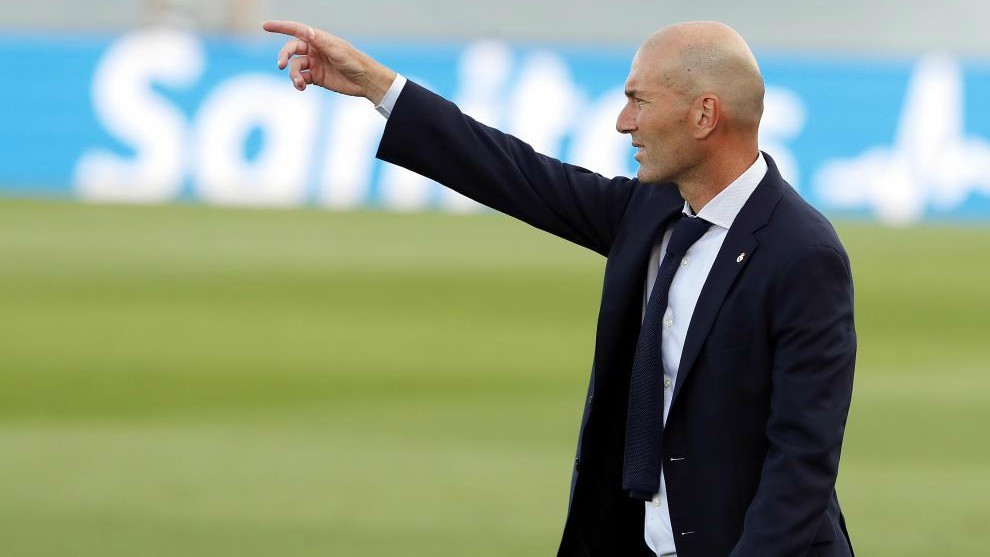 Zinedine Zidane has admitted that his Real Madrid side struggled during the second half of their 3-1 win over Eibar on Sunday.

Los Blancos scored all three of their goals in the opening 45 minutes before allowing their visitors back into the game after half time.

“I don’t know, it’s something completely different, but we have to adapt,” Zidane said on the new conditions for football.

“We found it difficult in the second half.

“I don’t know if it was the physical side, but we weren’t on it.

“The first half was good and convincing.

Zidane had made four of his five available substitutes after just 61 minutes, with some suggesting that affected their performance.

“Maybe, because everything about the first half was good and it was 3-0, so maybe we relaxed,” he said.

“I had to make the changes.

“The first change was because Carva [Dani Carvajal] twisted his ankle, [Sergio] Ramos had annoyances and Eden [Hazard] hadn’t played for a while.

“But I don’t think it was the substitutes that changed the game.”

Hazard impressed before being taken off on the hour mark.

“We knew that he’d lack a bit of rhythm if he played the full game, but he played well for an hour,” Zidane said.

“He got a bit of a knock and it was a scare, but that’s football.

“But he said he was fine at half time and he was happy about not being scared, despite that knock.”

Unlike Hazard, Marco Asensio wasn’t given the opportunity to pick up some match sharpness following a lengthy injury.

“Step by step, he’s fine and I’m going to use Marco,” Zidane said.

“There will be more games and he has to be ready.

Following the trend of the rest of this season, Real Madrid’s attackers were unable to find the back of the net.

“It doesn’t worry me,” Zidane said on the matter.

“We have players up front that can always make the difference.

“Hazard could’ve scored the goal that he gave Sergio Ramos… but he preferred to be unselfish.”

Sun Jun 14 , 2020
Former US Open finalist Greg Rusedski says that playing best-of-five set matches at the upcoming Grand Slams this year if they take place would be a challenge for Andy Murray, who has not played on the tour since October. Greg Rusedski says return to competition will be tough for Andy […]