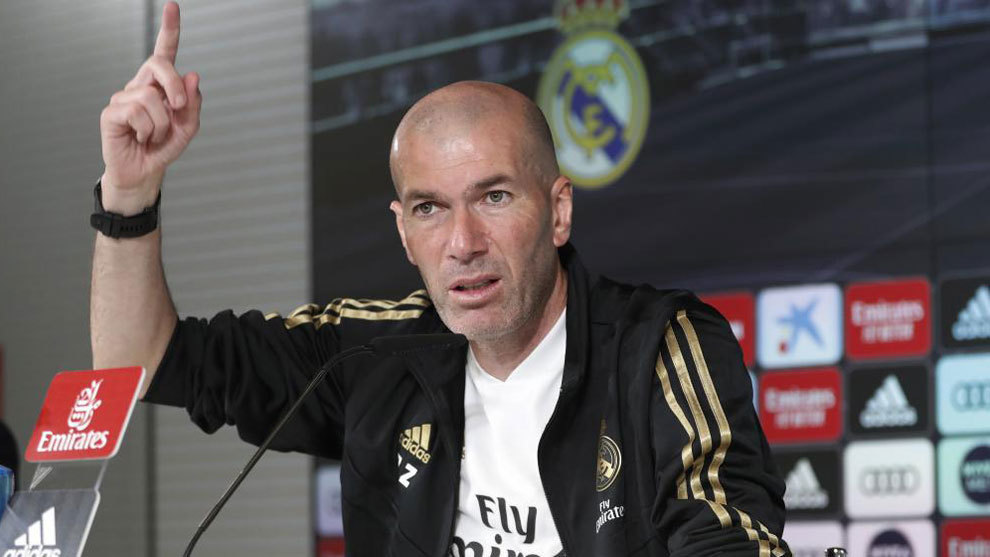 Real Madrid head coach Zinedine Zidane has made clear that he is not going to start complaining about the fact that his team will once again play after Barcelona or in the late kick-off slot.

“We’re going to play the next four matches at 10 o’clock at night – that’s not going to change,” Zidane said during his pre-match press conference.

“I am positive and I’m not going to start saying that if we play later than Barcelona, at 10… I’m happy to be playing football.”

Los Merengues are purposefully training late on Wednesday in a bid to acclimatise themselves to playing in the late kick-off, which the Frenchman is clearly a little irked about.

“We’re training at 21:30 to acclimatise to match time,” Zidane stated.

“The next four games will be played at 22:00 and it’s important to adapt to the light as well.

Gareth Bale has once again come under the spotlight after he was left out of the starting XI against Eibar in favour of Rodrygo Goes, but the Real Madrid coach sees no issue with Bale.

“He’s happy to be able to play, he had a little backache and maybe that’s why he’s not quite right.

“We’re all focused on tomorrow’s game.”

When pressed on his relationship with Bale, the coach was clear.

“The relationship has always been good,” Zidane stated.

“When he doesn’t play, it seems like it’s because we don’t have a good relationship.

“We know what kind of player he is and what he’s done.

“There really isn’t a before and after Kiev.

“I respect everything Bale has done and I can’t control what you write about Bale, but the relationship is normal.”

The coronavirus-enforced break allowed Eden Hazard to recover from ankle surgery and Zidane is pleased to have the playmaker back in the team.

“I’m happy with him, happy to see him playing again,” the coach said.

“This break has allowed him to return.

“The connection with Karim [Benzema]… I’m not going to say any more. We have to take advantage of it.”

Real Madrid were in cruise control against Eibar on Sunday, winning 3-0 at half-time, but an unconvincing second half led to Zidane being a little angry afterwards.

“I can be upset because I always want to see my team play well,” Zidane noted.

“That’s what it’s all about. When it happens in the dressing room, it stays there.

“Then, what I can tell you is that I was happier with the first half than the second.”

Wednesday saw UEFA inform clubs about the future of this season’s Champions League, with Los Blancos still having to play the second leg of their last-16 tie against Manchester City.

“Like how we went through a special moment, everything is going to be unique – the Champions League is the same,” Zidane said.

“The only thing we don’t know is where we’re going to play City, and we’ll adapt to where they tell us.

“The most important thing for us is tomorrow’s match against Valencia. We’re only thinking about this.

“For the Champions League, there’s plenty of time to think.”

Wed Jun 17 , 2020
The Super Eagles midfielder evidenced his taste for luxury with his new residence in the exclusive area of Lagos State Nigeria international Ogenyi Onazi has acquired a multi-million naira residence in Lekki, Lagos. The midfielder put aside the disillusionment of Denizlispor’s 1-0 defeat to Sivasspor with a state-of-the-art edifice. Ogenyi […] 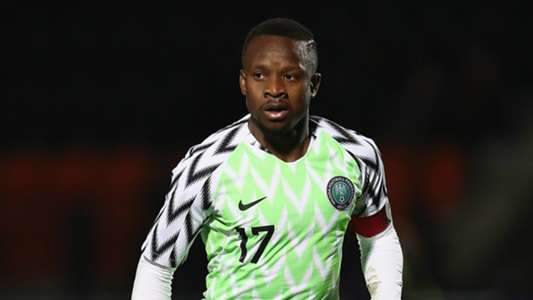