Real Madrid are pondering a move for Villarreal centre-back Pau Torres, Goal can confirm, as speculation continues to mount that Sergio Ramos is set for an exit from Santiago Bernabeu.

Los Blancos are keeping the 24-year-old Spain international under close observation, with Zinedine Zidane’s side likely to be in the market for a central defender to bolster their options in La Liga.

However, Madrid could face a tussle over Villarreal’s asking fee, with Unai Emery’s side unlikely to want to let the cornerstone of their defence leave for anything under their valuation.

Torres, a product of the Valencian outfit’s youth system, was previously valued with a release clause of €50 million (£43.4m/$60.1m), but has now seen his stock rise to €65m (£57m/$78m) following his international debut.

Madrid are hopeful that a strong relationship between the two clubs may see them able to negotiate for a lower asking price, particularly in the current market, given that a transfer at the current asking price would break their record buy for a defender.

With a contract set through until 2024, however, Villarreal are less than keen on parting with Torres, who would be a key asset in any European campaign the club were to qualify for – though their Champions League aspirations appear to be fading following a barren run.

The lengths to which Madrid may pursue Torres hinge heavily on whether Los Blancos can convince captain Ramos to sign an extension to keep him in the Spanish capital, a decision which looks increasingly unlikely as the campaign wears on.

The long-serving centre-half’s current deal expires at the end of the current campaign, with various reports having linked him with a departure as he looks to continue his playing career at 34.

Torres is also far from the only defender mooted as an option for Madrid, with Braga’s David Carmo and Sevilla’s Jules Kounde also targets should Ramos bring a curtain down on his time at the club.

Wed Feb 17 , 2021
The Kasasiro Boys were headed for what could have been a fourth straight loss but got a point thanks to a late goal Kampala Capital City Authority FC fought back to snatch a point against Express FC following a 1-1 draw in a Ugandan Premier League game played on Wednesday […] 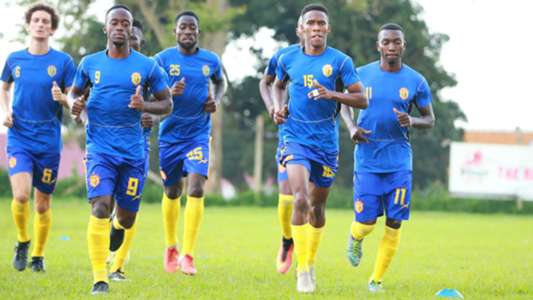