Real Madrid vs Valencia Second season in a row 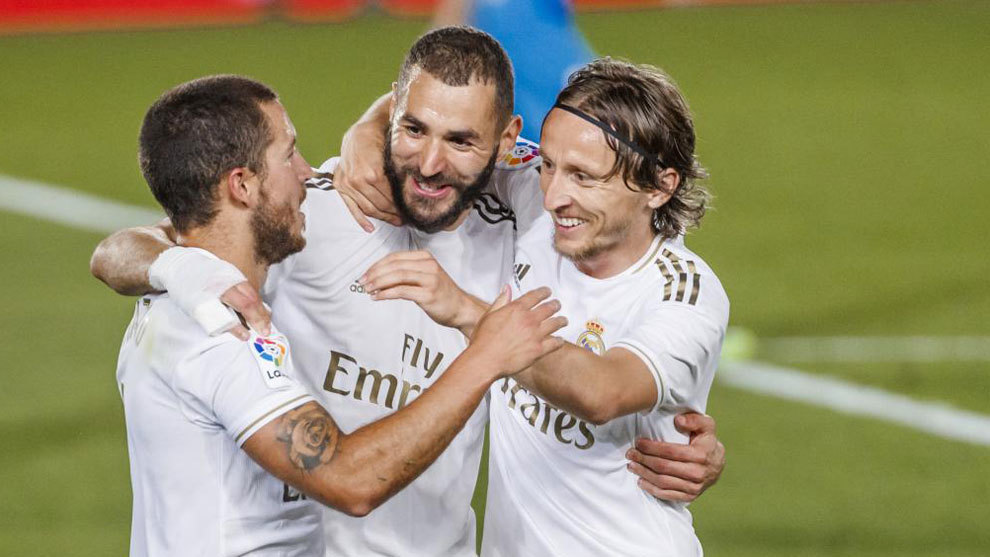 Real Madrid needed a hero against Valencia and Karim Benzema was that man, just like so many other occasions over the past two seasons.

Since Cristiano Ronaldo departed the club, he has been the leader in attack and against Valencia he connected with Eden Hazard to open the scoring at the Estadio Alfredo Di Stefano.

It means that it’s the second campaign in a row in which Benzema has surpassed the 20-goal mark in a season.

Goal number 21 was even more impressive, with an incredible control on his right foot before smashing left-footed volley.

While he has always been an important player, Benzema hasn’t always been the go-to goalscorer, until he notched 30 goals last season.

Now, his goals are more valuable than ever and his link-up play with Hazard could prove to be crucial for the future of Real Madrid.

With 16 goals in LaLiga Santander, he is a little way off competing with Lionel Messi’s 20 for the Pichichi Trophy, but if he keeps up this form…

Olympiacos reportedly agrees to a deal with Charles Jenkins

Thu Jun 18 , 2020
Photo: EuroLeague Basketball Olympiacos has agreed to a deal with Charles Jenkins, according to Nemanja Stanojcic of Vecernje novosti. Jenkins, who is considered a great on and off-ball defender, spent the previous season with Crvena Zvezda, averaging 3.4 points, 2.2 rebounds and 1.8 assists. Previous articleClippers’ Doc Rivers explains why […]