Real Madrid vs Valencia The forward made a dream return 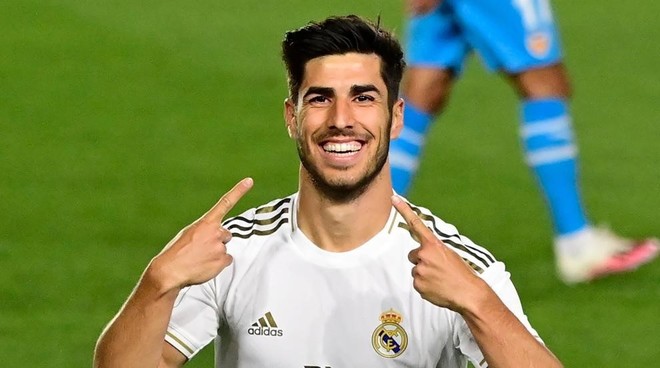 After almost 11 months on the sidelines, Marco Asensio returned to the pitch and scored with his very first touch in Real Madrid’s 3-0 win against Valencia.

When he came on just seconds earlier, his teammates filmed him and they were the first to stand up to applaud when he scored.

Football owed one to Marco Asensio, but it didn’t even wait until he’d been on the pitch for a minute to try to make amends.

Against Arsenal, on a poor pitch in the United States last July, he suffered a knee injury which would have ruled him out for the season in a regular campaign.

Instead, Ferland Mendy set him up with a cross to score on his return, and he celebrated with the shouts of joy heard throughout the Estadio Alfredo Di Stefano.

“That’s how you f**king come back!” Dani Carvajal said as he hugged Asensio.

His smile showed the happiness of the moment and his teammates were delighted too, and all with his very first touch.

“I really wanted to come back, it’s been many months of hard work and I’m very happy to play again, to score and to win,” Asensio told Movistar afterwards.

“I have a lot of emotion and satisfaction, there is a lot of work behind this.

“The most important thing is that I feel good, we have won and I am ready for the final straight.”

Thu Jun 18 , 2020
The French striker has added to his legacy at the Santiago Bernabeu by bagging a brace in the Blancos’ second outing since the La Liga restart Karim Benzema has surpassed Ferenc Puskas in Real Madrid’s all-time scoring charts after scoring twice in a 3-0 victory over Valencia. The Blancos made it […] 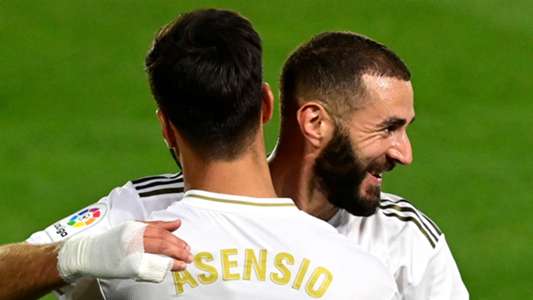