Real Madrid A strange experience for all involved

Playing at the Estadio Alfredo Di Stefano was a new experience for everyone.

The fact that there were no fans in the stadium just added to the strange atmosphere during Real Madrid’s 3-1 win over Eibar.

Thanks to the small stadium and the lack of supporters, those watching from the press box and on TV could hear a lot more than they usually would during a game before the coronavirus pandemic.

Before the game, music blared from the speakers during the warm-up and the line-ups were read out as normal by an announcer.

Once the ball was rolling, players’ voices were easily audible, whether that was Sergio Ramos speaking to Raphael Varane or Marko Dmitrovic ordering his team’s press.

The Real Madrid captain was the loudest voice on the pitch, while off it Eibar boss Jose Luis Mendilibar was also an outspoken figure.

Sun Jun 14 , 2020
The 39-year-old mentor feels a lot still needs to be done to ensure that footballers can sustain themselves after retirement Former Orlando Pirates and Mamelodi Sundowns captain Benson Mhlongo has revealed he nearly dumped football for politics just to be an advisor to South African Minister of Sports Nathi Mthethwa. […] 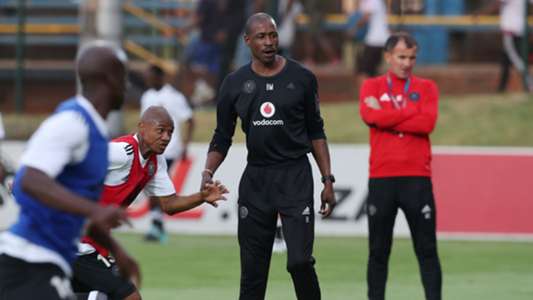