Real Madrid are the most successful club in Spain, having won a record 34 Liga titles, and they are looking to add another championship this season.

Zinedine Zidane’s team saw Cristiano Ronaldo leave for Juventus in 2018 but have still found ways to win without the Portuguese superstar, lifting the Spanish title in 2019-20 ahead of fierce rivals Barcelona.

After winning the first Clasico of the season in October, Real Madrid are hoping to be in the hunt for yet another league trophy.

Real Madrid vs Celta de Vigo can be streamed in the US through Fanatiz with a 7-day free trial, and kicks off at 12pm PT and 3pm ET.

Real Madrid have gotten back into the title race in recent weeks thanks to some good form in La Liga.

After securing progress in the Champions League, Zidane’s side recorded three league wins in a row, beating local rivals Atletico Madrid before securing two 3-1 victories against Athletic Club and Eibar.

Captain Sergio Ramos has been left out of the matchday squad due to illness, meaning Eder Militao or Nacho Fernandez will partner Raphael Varane in defense.

Rodrygo is the biggest injury absentee from Zidane’s squad to face Celta, with Eden Hazard back in contention after proving his fitness.

Sergio Alvarez and Denis Vazquez will be unavailable for Celta Vigo, who find themselves in eighth position in La Liga.

All of Real Madrid’s La Liga games can be watched live on Fanatiz.

Despite a slow start to the 2020-21 campaign, Real Madrid is once again competing at the top of the table.

They kick off 2021 with two winnable games against Celta Vigo and Osasuna before turning their attention to the Supercopa de Espana semi-final tie with Athletic Club on January 14.

Matches against Deportivo Alaves, Levante and Huesca follow with Zidane looking to start the year with a lengthy winning run.

Sat Jan 2 , 2021
Mumbai City defeated Kerala Blasters 2-0 to climb to the top of the table… Kerala Blasters head coach Kibu Vicuna was disappointed in the manner in which his team conceded two goals against Mumbai City in the first half of their Indian Super League (ISL) match on Saturday.  Adam Le […] 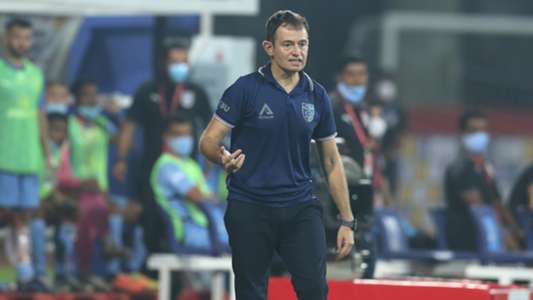