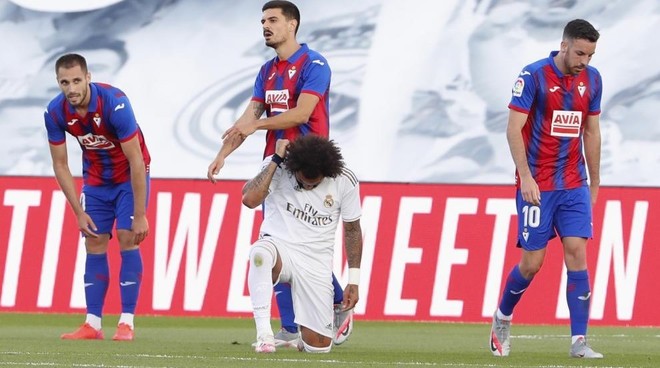 The Brazilian took a knee after finding the net in a nod to the Black Lives Matter movement.

Protests have taken place across the United States and the world after George Floyd was killed by a policeman in Minneapolis on May 25.

The gesture of taking a knee has become synonymous with the protests against systemic racism in sport in the United States and now players are using their platforms to show their support for the movement in Europe.

Many Bundesliga teams have taken a knee before recent matches, while Jadon Sancho and Achraf Hakimi have been among those to dedicate goals to George Floyd.

Sun Jun 14 , 2020
After scoring on Sunday, the Brazilian full-back raised his right fist in protest, joining the likes of Weston McKennie and Jadon Sancho Marcelo became the latest footballer to ‘take a knee’ in solidarity with Black Lives Matter following his goal in Real Madrid’s clash against Eibar on Sunday.  Protests began […] 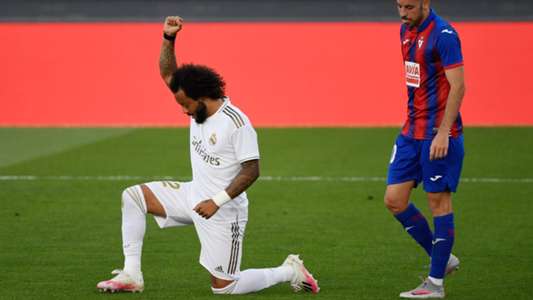