Sol Campbell says Martin Odegaard has a “long road” ahead of him at Arsenal, with the Real Madrid loanee needing to show Mikel Arteta his ability can be put to good use in north London.

The Gunners have moved to take the Norway international on a short-term deal through to the end of the season.

Odegaard was handed his Premier League bow against Manchester United, with the 22-year-old stepping off the bench for seven minutes of action.

More is expected of him once fully adjusted to life at Emirates Stadium, with the former teenage prodigy looking to kick-start his career in England after a testing time in Spain.

Campbell believes Odegaard is capable of making a positive impact, but concedes that he has much to do in order to earn a regular starting spot in an Arsenal team that has established momentum under Arteta.

“It’s always nice to have young players coming in,” Campbell, who formed part of the Invincibles squad at Arsenal, told Stadium Astro. “It’s obviously not completely worked for him at Real Madrid. Going forward, if he gets more minutes on the pitch, then he will show his quality.

“You can see he’s got quality, the way he moves and his touch on the ball, he has just got to get into it, get fit and force his way in.

“It’s all about impact. He came off the bench, then you start to train and you start moving and pushing who you are. Hopefully your manager sees that and then you can get some more minutes on the pitch. After a while you start.

“It’s a long road for him but hopefully the next time he comes on he can make an impact and start pushing Arsenal up the league. We need players who are going to change something on the pitch. At the same time he is going to learn.”

Odegaard only has a few months in which to showcase his talent at Arsenal, but Campbell believes there is enough time for him to make an impression.

He added: “If you are a good player, training every day, there are a lot games. Anything can change in a second. There are plenty of games for him to impress. It’s all up to him.

“When he goes on the pitch it is all about proving who he is and staking a claim. As long as you have that attitude as a young player then you will go far. He’s got talent.”

Odegaard replaced Emile Smith Rowe against United and is excepted to figure in a No 10 role when given opportunities by Arteta, but Campbell feels he could be asked to fill a different position.

The former centre-half said: “You can’t all of a sudden say ‘which position is he going to take?’ It’s going to take time. He’s only dropped into the club recently. He has to work and train, be with the lads and be comfortable. He has to get up and running and show what he can do.”

Mon Feb 1 , 2021
The Ivory Coast captain was missing from the squad as Spurs suffered their second straight defeat in the Premier League on Sunday Tottenham Hotspur manager Jose Mourinho has described Serge Aurier’s omission from their 1-0 defeat to Brighton & Hove Albion as a technical decision which he is happy to […] 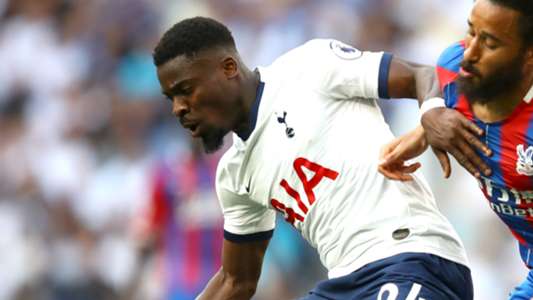