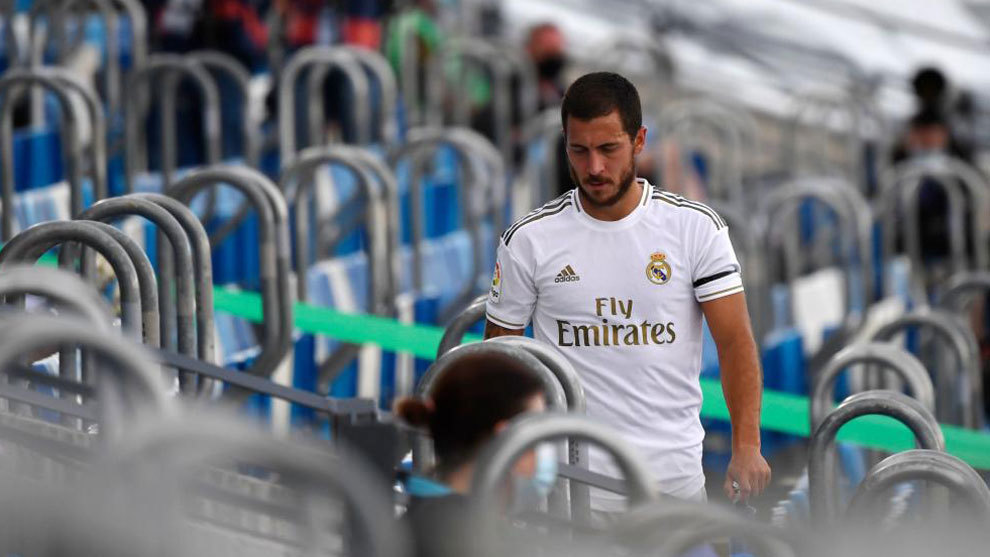 Eden Hazard after being subbed off against Eibar.
AFP

Every Real Madrid fan held their breath for a moment when Eden Hazard took a knock to his ankle and began to limp against Eibar on Sunday.

In many ways it was the test the Belgian needed, and he passed it with flying colours, even if he was seen holding an ice-pack on the cursed ankle.

“Better, now I know that it’s okay,” the winger joked at half-time in the dressing room. “Now I’m more confident.”

The coronavirus outbreak has changed everything. It also had an impact on Hazard and his Real Madrid career.

Now he has the chance to affect Real Madrid’s title race, something which seemed unthinkable back in March before the lockdown.

Of course, he didn’t want his return to come in such circumstances. But during the confinement Hazard worked like an animal to give himself the best possible chance of playing again in 2019/20.

Along with Real Madrid’s medical staff, the Belgian winger has managed to pull off a small miracle.

Let’s remember, Hazard underwent surgery on his ankle in Dallas on March 5, and returned to Spain on March 11, just before the state of alarm was announced.

Three days later, Spain went into lockdown. Hazard was still on crutches, his stitches hadn’t yet been removed and he still wore a bandage, and at that point he wasn’t allowed to leave his house for treatment.

This wasn’t the best scenario for a healthy recovery, but yet somehow two months later Hazard was back in full training.

In March and April, he had his surgical stitches removed in his own home and effectively turned his house into a physical therapy suite to help regain strength and mobility in his ankle.

His recovery plan culminated in these last four weeks as he showed coach Zinedine Zidane that he was ready to carry his weight.

He made it clear that his return wasn’t premature against Eibar. He was at his electric best. His ability to take on defenders was on show and he linked up well with Karim Benzema.

He also provided Sergio Ramos with the assist for the defender’s goal and Hazard generally had fun in the Estadio Alfredo Di Stefano. 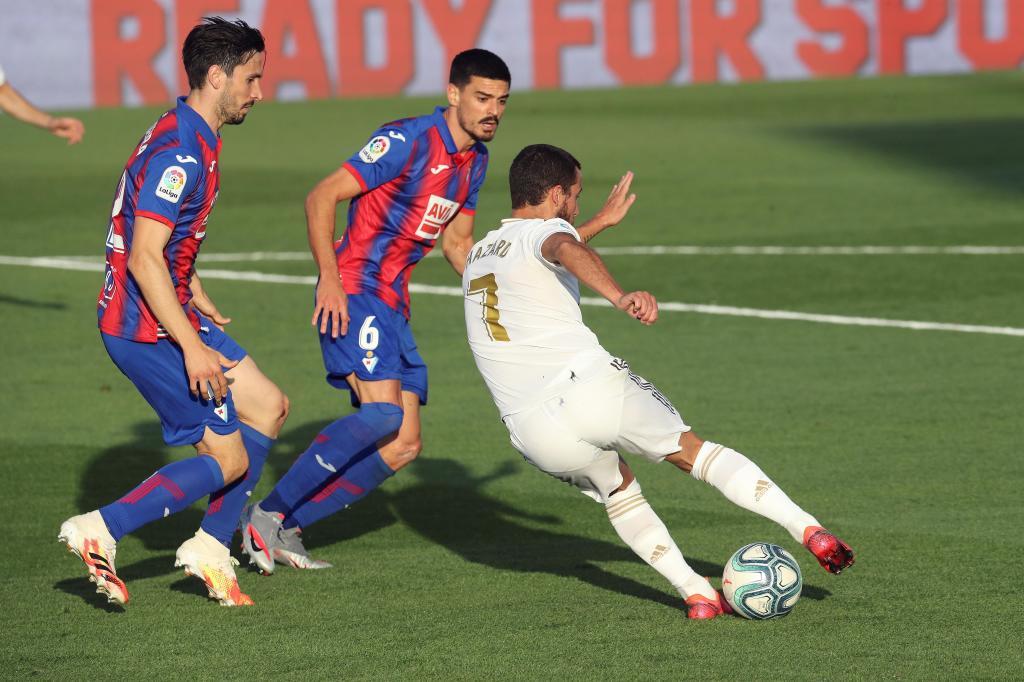 Of course, Hazard will be wrapped up in cotton wool for the rest of the 2019/20 LaLiga Santander season. He was taken off in the 60th minute and immediately had an ice-pack put in the suspect ankle.

There will be a lot more care for the player who could make a real difference in Real Madrid’s title race and a player who has shown his commitment to the club during the confinement.

Perhaps he could have taken better care of himself last summer and he arrived at Real Madrid slightly overweight.

But this time round he’s done the impossible and put himself in a position to help his club in the final stretch of the 2019/20 campaign.

He felt indebted to Real Madrid, who paid 120 million euros for him in the summer, and what’s more, with his work in the recovery process, he’s shown that he is up to the task.

Without a doubt, the best news to come out of Real Madrid’s 3-1 victory over Eibar was Hazard’s return.

Mon Jun 15 , 2020
Photo: EuroLeague Basketball After signing Nikola Milutinov and keeping Mike James, CSKA is ready for another big move signing Baskonia’s player, Tornike Shengelia. According to reports from SDNA, coach Itoudis and CSKA have come to an agreement with the player. Before Shengelia becomes a CSKA player the Russian club has […]