Barcelona and Real Madrid have been put on alert as Spain international Dani Olmo says he would like to return to play in his home country.

The 22-year-old attacking midfielder joined RB Leipzig from Dinamo Zagreb for a reported €20 million (£17m/$22m) in January 2020, two months after making his senior debut for Spain.

Barcelona had been in talks with Olmo’s representatives prior to his move to the Bundesliga, while he later revealed he also had offers from clubs in the Premier League and Serie A.

A year on from his first big move, the 22-year-old admits he sees himself plying his trade in La Liga in the future.

“I would be lying if I said that it is not my goal to play in my home country at some point,” Olmo told Bild.

However, asked about likely interest from Barca, Real or league leaders Atletico Madrid, he replied: “I am not thinking about that. I am really focused on Leipzig.”

Leipzig swept past second-tier VfL Bochum to reach the fourth round of the DFB-Pokal on Wednesday, and currently sit second in the Bundesliga. They will be looking to cut the seven-point gap to Bayern Munich on Saturday with an away fixture against bottom club Schalke.

Olmo has had a positive first year in Leipzig, registering five goals and seven assists in 31 appearances to date.

He scored twice in his side’s run to last season’s Champions League semi-finals, including a crucial goal in the quarter-final win over Atletico Madrid.

Given their certain previous interest, Barcelona are perhaps the most likely future destination for Olmo, though he has explained why he rejected a move to Camp Nou last year.

“They spoke to my agents in November as if they wanted to make the transfer very quickly, but then everything was postponed for one reason or another,” Olmo told Mundo Deportivo.

“And then near the end of January, when they asked me to wait to see, it was already almost done with Leipzig. At that time, I had already signed up. Because I wanted to go to a team that had a project now and in the future for me.

“Leipzig offered it to me and other teams did not. I went to the team that insisted the most and showed the most that they wanted me.”

Thu Feb 4 , 2021
The league reigning champions are on 38 points after 16 games and are now looking ahead on the table Simba SC have defeated Dodoma Jiji FC 2-1 in a Tanzania Mainland League game that was played on Thursday. Meddie Kagere and Bernard Morrison were on target for the reigning champions while […] 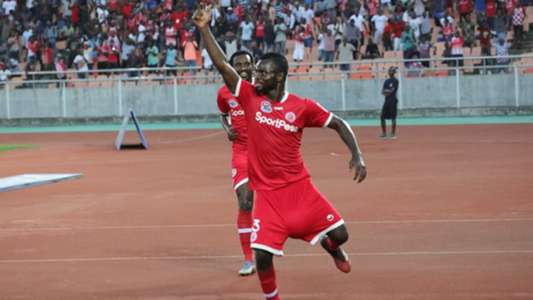