Ravel Morrison has admitted he used to steal Rio Ferdinand and Wayne Rooney’s boots from the dressing room at Manchester United’s training ground to sell and put food on the table for his family.

The 28-year-old was one of the brightest young stars in United’s famed academy system and was rated by Sir Alex Ferguson as the best teenager he had ever seen. But, off-the-pitch matters saw his time at Old Trafford cut short before he could realise his potential.

Morrison spoke about the difficulties he faced away from football on Rio Ferdinand’s Five podcast explaining how he mixed with the wrong crowd and would be late for training which would land him in trouble.

Morrison told Ferdinand: “Obviously I was on a scholar’s wage, I was young.

“You used to get like £250 for a pair of boots. You take two pairs of boots, you get £500 and you go home and buy your family a Chinese or something.

“You guys used to get like 30 pairs of boots. I didn’t mean it to cause so much harm but when I used to see yours or [Wayne] Rooney’s deliveries, you’d get 20-30 pairs at a time, I was thinking one pair to put some food on the table at home, I didn’t think it would be a big problem but obviously now I know.”

What did Ferguson think of him?

Ferguson held Morrison in high regard and handed him his debut, and was asked by Ferdinand for five words to describe the midfielder.

The former Manchester United boss said: “My first and lasting impression of Ravel as a young lad is that he always had time and space, always available to be on the ball, so unusual for a young lad of his age.

“Another thing about Ravel that I will always treasure, because no other young player ever did it, after the first game for the first team that he played, the next morning he came to my office and gave me a letter thanking me for giving him his debut. I was gobsmacked. The boy had a good heart, he was just beaten by his background.”

When did Morrison make his Manchester United debut?

He came off the bench in the 3-2 League Cup win against Wolves in October 2010. In total, he made three appearances for United and all of them came in the League Cup and off the bench.

Where did he go after Manchester United?

In January 2012 he was sold to West Ham and, at the start of the 2012-13 season, was loaned to Birmingham City. He returned to the Hammers but was sent out on loan again midway through the 2013-14 season to Queens Park Rangers. At the start of the 2014-15 season, he went on loan to Cardiff until the end of the season and, after not being given a new contract by West Ham, he was without a club in 2015.

In the summer of 2015 he joined Lazio as a free agent and was loaned to QPR in the January 2017 window where he stayed until the end of the season. Then came a loan spell at Mexican side Atlas before a stint at Swedish side Ostersunds before a free transfer to Sheffield United in 2019.

He was loaned to Middlesbrough for the second half of the 2019-20 season before moving to ADO Den Haag on a free transfer in September last year. He left the Dutch club by mutual consent in January this year, having played just five games.

African Football HQ: Why do Nigerians struggle in the Champions League?

Tue Feb 16 , 2021
Super Eagles stars have something of an underwhelming record in the UCL; are they Africa’s biggest underachievers? Are Nigeria Africa’s great underperformers when it comes to the Champions League? This is one of the items on the agenda in this week’s African Football HQ unplugged podcast, as Ed Dove and […] 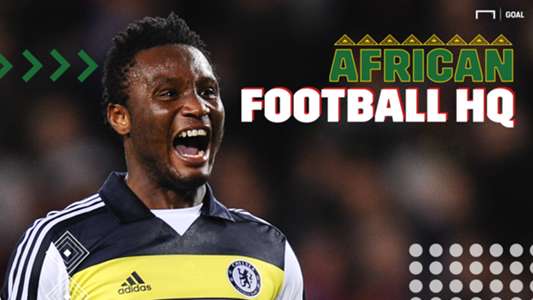