The former Red Devils frontman, who knows all about being a predatory finisher, feels an England international will never be a No 9

Marcus Rashford is never “going to be a clinical centre-forward like Edinson Cavani” says Andy Cole, with Manchester United told they cannot rely on their highly-rated academy graduate to net 20 goals a season.

The talented 23-year-old passed that mark for the first time in his career last season, finding the target on 22 occasions across all competitions.

He is already up to 16 for the current campaign, but 1999 treble winner Cole believes the experienced Uruguayan snapped up as a free agent last summer is the most predatory finisher on the books at Old Trafford.

“Marcus is not going to be a clinical centre-forward like a Cavani,” Cole, who recorded 121 goals for United in 275 appearances, told talkSPORT.

“Marcus will nick himself a certain amount of goals season in, season out, but he won’t be that individual you’re looking for to score 20 to 25 goals. I don’t think Marcus has got that clinical side in him.

“If you look at what Man Utd have now with Cavani; you know what you’re going to get [with him], it’s as simple as that.”

How does Rashford’s record compare to Cavani’s?

Of Rashford’s 16 goals this season, eight have come in the Premier League.

His conversion rate across all competitions is 27 per cent, with the target found on average once every 158 minutes.

In comparison, Cavani nets every 163 minutes – with seven goals registered across 22 games – and has a 26% conversion rate.

Rashford also tops his club colleague in the assist stakes, teeing up eight efforts for team-mates.

Cavani, with two assists to his name, can point to the fact that he has less game time and was being asked to make an immediate impact off the bench before edging ahead of Anthony Martial in the pecking order over recent weeks.

United have found plenty of value in Cavani and have the option of triggering a 12-month extension in his contract to the summer of 2022.

There have, however, been plenty of calls for the Red Devils to bring in another long-term No 9, with doubts continuing to be raised when it comes to Rashford and Martial’s ability to lead the line.

Mon Feb 8 , 2021
The Ghanaian Women’s Premier League sides maintained their fine start to the season with wins in their fourth matches Berry Ladies secured their fourth consecutive win of the season following Sunday’s 2-1 victory at home over Police Ladies.  Mercy Tagoe’s team continued where they left off against Sea Lion as […] 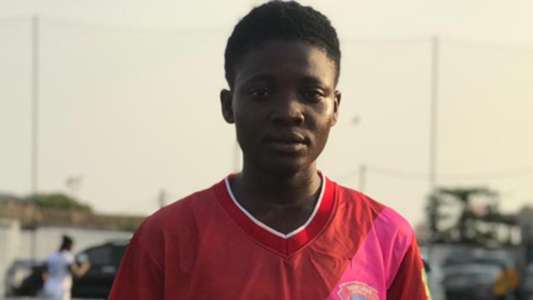