Man United’s penalty record has been widely discussed and Rashford has given an explanation over their recent good record.

Marcus Rashford has revealed how Jose Mourinho taught him to win penalties, ahead of Manchester United’s crunch clash with Liverpool.

United’s penalty record in recent seasons has become a bone of contention, with many voicing their opinion over the number Ole Gunnar Solskjaer’s side have been awarded.

Jurgen Klopp was the latest to have a swipe with comments that some believe were made in an attempt to influence referees, as he complained his side aren’t as fortunate in being awarded spot kicks.

United have had 20 penalties since the start of last season in the league compared to Liverpool’s 10, while United have won 67 penalties during Klopp’s tenure at Anfield in comparison to the Reds’ 46.

There has been plenty of debate as to why United have been topping the table for penalties awarded and Rashford has explained it is due to the movement of their forwards and some advice from Mourinho when he was in charge.

“As a forward line, we want to go and score goals, when you are making runs in behind or dribbling with the ball and if you see a challenge coming, you don’t want to get tackled because you are looking at an opportunity to score a goal,” Rashford told the FWA.

“There is no way you are going to let somebody take the ball off you, so, for me, it is just a case of us wanting to score goals and the teams wanting to defend goals and penalties can happen. There have been times when we have probably not got penalties.

“I remember when Jose was manager, there were five or six times where I should have had a penalty and Jose ended up saying to me: ‘If you are not savvy about the way you do it, then you are not going to get given it.’

“After that, we started to get a few penalties. It was something in terms of development you have to learn that and understand it.”

United travel to Anfield on Sunday three points ahead of the defending champions after an impressive run of form in the league, but it won’t be an easy task to extend their lead to six points as Klopp’s side are unbeaten at home in the league going back to April 2017.

However, Rashford believes United go into Sunday’s game in a better place than they have been in recent years.

“I believe that we have one of the most versatile squads in the Premier League, especially going forward. It is exciting, but it is the beginning of something, we want to keep progressing and keep improving,” Rashford, who was receiving the Football Writers’ Association award for outstanding contribution, explained.

“We have to show we are ready to fight for what we want and what we all want is success. We are more ready now than we were two years ago in terms of leaders on the pitch and ready to fight for trophies. But still we need to get our hands on those trophies.”

Thu Jan 14 , 2021
The Gelsenkirchen side are trying to bring the Netherlands international back after initially moving for Vedad Ibisevic Klaas-Jan Huntelaar was Schalke’s second choice target to strengthen their attack in the January transfer market. Bild and Sky in Germany have reported that Schalke are eager to bring the 37-year-old striker back to the club to […] 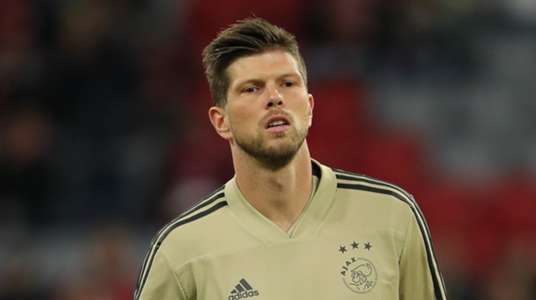