Ajibade arrived at the Spanish club – her second move in Europe – after her contract with Avaldsnes ran out in December 2020.

The Nigeria international joined Avaldsnes Idrettssenter on a two-year deal from Nigerian side Robo Queens in December 2018, helping them to a fifth-place finish, scoring five goals in 2019.

The 21-year-old went on to establish herself in Thomas Dahle’s ladies side with eight goals from 18 games and made the Toppserien Team of the Week eight times as they bagged bronze.

On completing Las Rojiblancas switch, the striker expressed joy over the move to Spain and is eager to hit the ground running in the coming days with the Madrid-based outfit.

“It is a great privilege and an opportunity to be here,” Ajibade told the club website.

“I am excited to be a part of this team and I hope that together we achieve success. It is a great step in my career and a great challenge for me and I am ready to give it my all.

“I am a versatile, versatile, energetic and hard-working player. I tell the Atléticos that I’m going to do my best so that they and the team can feel proud.”

It is a great privilege & joy for me to be joining Atletico Madrid Feminino.
It is an opportunity I will never take for granted, and I am ready to give my all to push this great club to even greater heights. pic.twitter.com/1Ep7IS1WQ1

Her move to Atletico will see her become the second Nigeria to play for the Spanish giants after Francisca Ordega’s loan spell in 2017.

She is expected to make her debut for Atletico, who are third on the log when they host Rayo Vallecano in their next clash on January 6.

Fri Jan 1 , 2021
The Red Devils right-back is not afraid to throw himself into challenges, and has more blocks that anyone else, but he is yet to be booked in 2020-21 Aaron Wan-Bissaka has aired his surprise at the notable achievements he is posting at Manchester United, with a right-back yet to collect […] 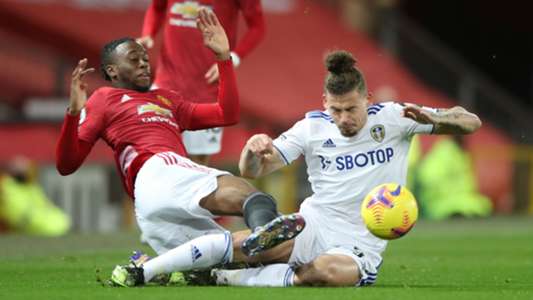