Rangers were the second-best team in the first 45 minutes, but a much-improved performance after the restart saw Celtic captain Callum McGregor put the ball into the back of his team’s net as Steven Gerrard’s side grabbed all three points at Ibrox Stadium.

The victory maintained Rangers’ dominance in the Premiership table as they now hold a 19-point lead above second-placed Celtic.

Balogun, who was in action for the duration, applauded Gerrard for his managerial skills and how he got the best out of the team.

“Every time he has to kick our a***s we give a reaction. We saw that today,” the Nigeria defender said, per Glasgow Live.

“I’m not going to expose details but he touches the right spots because he’s been there himself as a player. He knows it won’t help to just tear us down. But he knows which buttons to push in order for us to reset.

“In the first 45 minutes we weren’t as keen as we should have been but we can learn from that. Some of the last few games haven’t been fluid either so it’s a big challenge for us to get back to our best as soon as possible now.”

The fixture marked the 50th remembrance anniversary of the Ibrox disaster where 66 Rangers supporters died after the New Year Old Firm derby in 1971.

Balogun, who recently joined the Gers on a free transfer, highlighted the importance of the game and dedicated the win to the victims’ families.

The 32-year-old said: “For us, for the cause, for the mission that we are on, it is massive.

“But when you think about the club – because it’s not just us players and staff, it is the fans that make the club – it is massive.

“And to win an Old Firm game on that day it is probably some kind of comfort to some of the people who have been affected, the families.

“And it is a great gift from us as representatives of the club to the supporters for the New Year, on that day.”

Sun Jan 3 , 2021
The Soweto giants will be without their captain as they look to secure a win over the former Angolan champions Kaizer Chiefs centre forward Samir Nurkovic has been included in the 18-man squad for the clash against CD Primeiro de Agosto. Amakhosi are set to take on the Angolan giants in […] 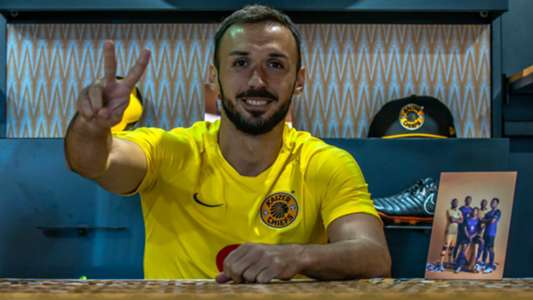