Ramat Abdulkareem has been handed her maiden Nigeria call-up ahead of the Turkish Women’s Cup in Alanya, Goal understands.

On Saturday, Goal had earlier exclusively reported that four players – all foreign-based – have withdrawn from the 23-player roster released by the Nigeria Football Federation on Thursday.

Among those four, are two midfielders – SL Benfica’s Christy Ucheibe and Eskilstuna United’s Ngozi Okobi-Okeoghene, who pulled out for varying reasons.

With the setback, head coach Randy Waldrum, who is racing against time to secure replacements, has now turned to the Adana Idmanyurduspor midfielder, after her exploits in the Turkish league.

However, the 21-year-old, who previously starred for Nasarawa Amazons, Abia Angels, Adamawa Queens and Confluence Queens, did not make the final cut to either Costa Rica or Papua New Guinea.

She impressed in her midfield role for Adana, scoring twice in all competitions last season and was handed a one-year contract extension last August.

If she features for the Super Falcons at the tournament, she will become the latest Kogi-born female footballer to represent the country at senior level after Rachael Ayegba and Gift Otuwe.

The Super Falcons are scheduled to open camp in Alanya on Monday and will face CSKA Moscow at the Gold City Stadium on February 18 before taking on Uzbekistan and Equatorial Guinea later.

Despite regrouping for the first since October 2019, the African champions will aim to become the first side from the continent to win the international women’s competition.

Sun Feb 14 , 2021
The Buccaneers are in Gaborone as they carry on with their campaign to end a 25-year wait to claim another continental title Orlando Pirates’ bid to reassert their name as one of the heavyweight teams in Africa continues when they come up against Jwaneng Galaxy in Sunday’s Caf Confederation Cup […] 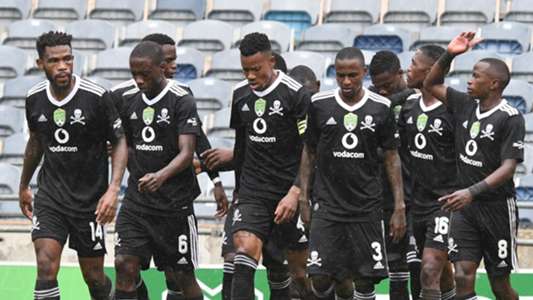