Everything you need to know about the England star’s various pieces of body art, including some pictures

Raheem Sterling has admitted, if he could turn back time, he “wouldn’t have any” tattoos – but the Manchester City star also concedes that getting inked is addictive.

He explained to GQ magazine that he got the majority of his tattoos before he was 19, only adding a few more in his twenties, and revealed that his mother “despises” some of his body art.

“If I could go back, then I wouldn’t have any,” Sterling said in the 2019 interview with the magazine, which was conducted by Tony Blair’s former spokesman Alastair Campbell.

“It’s another thing that when you’ve started you can’t stop,” he added. “If you get one, you get another one.”

So, what tattoos does Sterling have, what do they mean and where are they on his body? Goal takes a look.

Sterling has a number of sleeve tattoos on both arms, which he has added to over the years.

On the outside of his right forearm Sterling has a clock tower, which usually has a meaning related to time and seizing the moment.

Above the clock tower, near his right elbow, Sterling has the letters ‘Kgn’ tattooed, which refers to Kingstown, Jamaica, where he was born.

On Sterling’s inside right forearm, he has two palm trees – again a nod to his Caribbean heritage – with an eagle just above them. Just above those, near his inner right elbow he has an eye.

An angel with wings and a number of black birds are situated on Sterling’s right shoulder.

Sterling’s left arm is covered in personal symbolism as well, with the inside of his forearm featuring a child, sporting a number 10 jersey and holding a ball in front of Wembley Stadium.

Just below that, on his wrist, is his sister’s name – Kimblerly – with a crown. Above the Wembley tattoo is an image of Jesus on the cross, along with a gravestone.

The theme of Wembley – the area of London where Sterling went to school – continues on the outside of his left forearm, with a London Underground sign for Wembley Station near his wrist.

A prayer or poem is inked on the inside of Sterling’s left bicep and on his left shoulder is an image of his daughter Melody, along with her name.

The most striking tattoos on Sterling’s torso are the large crucifix in the middle of his chest and the two stars which flank it on either side.

Further down his body, on his rib-cage on the right side are a number of black birds surrounding the words ‘La Familia’ – a tribute to his family.

On the left side of his torso, just about his hip bone is an image of a red lipstick kiss, with the word ‘Love’ above it.

Interestingly, Lionel Messi has a similar type of tattoo, believed to be based on his wife’s lips, situated on the same part of his body.

Sterling’s tattoos went mostly under the radar until he appeared with what looked like the depiction of a rifle on his lower right leg in the summer of 2018 ahead of the World Cup in Russia.

The tattoo of the gun prompted criticism from various quarters, including television personality Piers Morgan, who notably clashed with former England star Gary Lineker on Twitter on the matter.

As the controversy swirled, Sterling issued a brief statement to explain the meaning behind the ink.

“When I was two, my father died from being gunned down to death,” he wrote in a message shared on Instagram. “I made a promise to myself [that] I would never touch a gun in my lifetime. I shoot with my right foot, so it has a deeper meaning [and is] still unfinished.”

A few years later, in 2020, Sterling reflected on the controversy arising from his gun tattoo during a discussion with U.S. women’s national team star Megan Rapinoe.

“The last World Cup I went to was a disappointment for me,” Sterling said. “I was so up for it, I thought ‘this is my time now’, I had a great season with Man City, then bang, straight negative.”

“I went [to the World Cup] that summer and I was overthinking all the negative press that I had. It was a disappointing one for me on a personal note, but at the same time it was a great experience for the team to do really well.”

As well as the controversial gun tattoo on his lower right leg, Sterling has ink high on his upper right thigh, which looks like the rendering of a face. Given its position, however, there are not many clear photos of it, so it is difficult to be sure of whose face it may be.

On Sterling’s left leg, he has a tattoo of himself kissing his son Thiago. He revealed the new ink in 2018 after the World Cup.

Who is Raheem Sterling’s tattooist?

Sterling’s most recent go-to guy for tattoos appears to be Gabriel Maniak, the London-based owner of Gabriel Tattoos.

Maniak, who says his speciality in tattooing is realism, has also done work for television presenter Josh Denzel and the American singer Anderson .Paak, among others.

The tattoo of Sterling with his son Thiago on the footballer’s left thigh was done by Gabriel.

In 2019, he shared a photo of Sterling’s tattoo, visible during a game, along with the message: “It’s great to see my work all over the place! I’m looking forward to our next session.”

Sun Jan 3 , 2021
The Blues have promised to conduct an investigation into the Frenchman’s alleged breach of tier four restrictions last week Manchester City have expressed their “disappointment” in Benjamin Mendy after the defender flouted Covid-19 rules to host a New Year’s Eve party. The Sun has reported that Mendy broke tier four […] 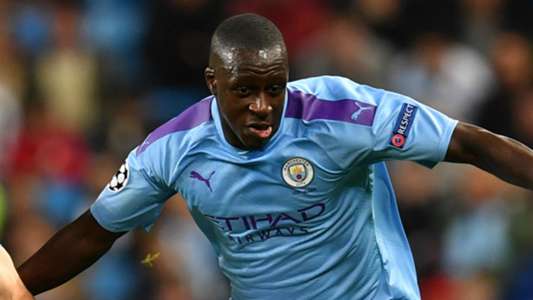