Compared to the beginning of his career, Rafael Nadal has made numerous improvements from a technical point of view. The service was one of the keys that allowed the Spanish champion to win two US Open in the last three years and to go only one length away from Roger Federer’s Slam record.

The decision to improve this blow was influenced by Carlos Moya, who took over from Toni Nadal on the Mallorcan bench from the beginning of 2017. Rafa had experienced the worst years of his career in the 2015-2016 period, so it was not easy to convince him to make some changes to his tennis.

In an interview with the well-known presenter Annabel Croft, Moya revealed how Nadal took some time to get used to the news.

Moya: ‘My favorite drill with Rafael Nadal is 2 vs 1’

“He was humble enough to be aware of his weakness or face that he can improve,” Carlos Moya said.

“And that is the key. We had been telling him for one year that his serve has to be better but he was reluctant to change something. But then he was the one to say, ‘Okay, right now.’ Right after that moment it was the time for us to step in.

He was very keen to change his serve after one year when I was with him,” Moya revealed. “He was injured in his knee and he realized it was the moment to try. He tried it but we saw how he did not find a way to keep the same motion.

He was changing the motion every 2-3 months and he realized he needed to change his serve in order to be a better player,” Moya added. “We tried to change a couple of things and he was feeling comfortable since the first moment.

His speed of the ball is very high so that we can do it from side to side. We do that everyday. With me and a hitting partner (being there), we don’t need a top professional player for it,” he finished.

Sat Jun 13 , 2020
The retired midfielder entered a rather crowded race despite the fact the poll date has not been announced Former Football Kenya Federation (FKF) vice-president Sammy Tiyoi Shollei has declared his interest to vie for the presidency of the federation. Shollei served under Sam Nyamweya previously and has now made his interest […] 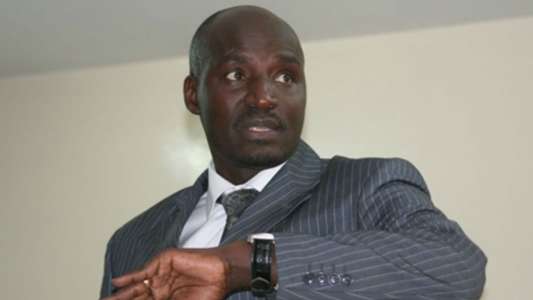