Christian Pulisic sees “no ceiling” for the United States national side, as a number of players thrive on a European stage, and is looking for Chelsea to challenge for Champions League glory in 2021.

The 22-year-old forward has been a leading light for his country in recent years, with the expectations of a nation being lumped onto his young shoulders.

Pulisic is, however, able to call upon greater assistance in the present, with a number of talented countrymen following in his footsteps.

Weston McKennie is catching the eye at Juventus, Sergino Dest is on the books at Barcelona, Gio Reyna is showing plenty of promise at Borussia Dortmund and there are high hopes for RB Leipzig midfielder Tyler Adams.

Confidence is building again in the U.S. camp, following the disappointment of missing out on a place at the 2018 World Cup, with Pulisic encouraged by what he is seeing.

The Chelsea star has told The Men In Blazers Podcast: “There is no ceiling. The talent is there.

“Everyone is seeing that now. Guys are playing at high levels across Europe.

“We are so excited to get back to this qualifying process and put ourselves in that World Cup [2022] and from there the sky is the limit.”

He added on McKennie and co thriving in Serie A, La Liga and the Bundesliga: “There is just this feeling across this team that is like, ‘wow, this team can really accomplish something in the very near future.’

“And it is not just a couple of guys here and there playing in Europe. It is a full team, it is a lot of guys having success over in Europe.

“Those development years between 16-18 are huge and I think you can learn so much and physically you start to get to that final stage and it is a really important time. These guys are very strong, mentally.”

While looking towards a bright future with the USA, Pulisic also has lofty targets to aim for at club level.

He has become a key man for Frank Lampard at Stamford Bridge and believes the biggest prizes can be chased down by a Blues side that have been struggling for consistency this season.

They have slipped off the pace in a thrilling Premier League title race, but are through to the fourth round of the FA Cup and last 16 of the Champions League – where they will face Atletico Madrid.

On the ambitions in west London, Pulisic said: “We want to make a Champions League run.

“We have an amazing opportunity now in the knockout stages. We are at the point where anything can happen.”

Southampton insist Ings will not be sold amid Tottenham transfer links

Sat Jan 23 , 2021
The striker has been linked with a move to Tottenham but Saints CEO Martin Semmens has no desire to sell Southampton have said they have no intention of selling striker Danny Ings. The forward’s future was thrust into the spotlight earlier this month when Goal revealed he had asked to […] 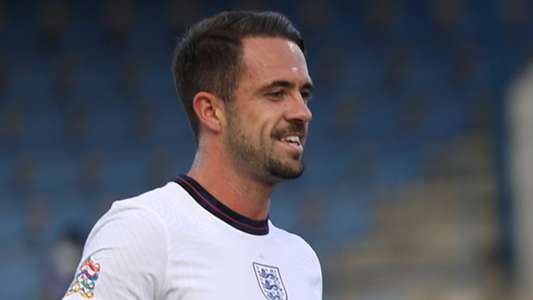