Ronald Koeman has insisted that Paris Saint-Germain have not destabilised Barcelona by fuelling the transfer rumours surrounding Lionel Messi.

Messi’s future has been the subject of intense speculation in recent months, with PSG being mooted as the Argentine’s most likely destination if he decides to leave Barca in the summer.

Several players and staff members have publicly welcomed the prospect of the 33-year-old making his way to Parc des Princes, including Mauricio Pochettino and Neymar, but Koeman claims the ongoing transfer talk hasn’t served as a distraction for his side.

“PSG have not destabilised us, I don’t know if it was their intention. But my theme is to prepare the players. Messi is from Barca and I am hopeful that he is still here [beyond the summer],” he told a press conference on Monday.

Jordi Alba also spoke to the media about Messi ahead of Barca’s Champions League round of 16 first leg tie against the French champions, admitting that he would love to see the six-time Ballon d’Or winner pledge his long-term future to the club.

“If I were clear about his future, I wouldn’t say it either. He is one hundred per cent committed to Barcelona. Hopefully, we win a title. He will decide at the end of the season,” said the Blaugrana full-back.

“What other clubs or players say, we do not pay attention to him. There are many opinions, there is much talk, but the last word is his. The decision will be well thought out and considered.

“It will be the one that he believes is best. With Leo we are much better and stronger. I hope he will stay for many years, but it is his decision and we will have to respect it.”

What is Messi’s stance?

Messi saw a transfer request turned down following Barca’s humiliating 8-2 Champions League defeat to Bayern Munich last season, but has put that saga behind him to have a huge impact on the club’s 2020-21 campaign.

The Argentina international, whose current contract is due to expire in June, has scored 19 goals in 28 appearances across all competitions this term, and has insisted that he is excited about the challenges that lie ahead for the team under Koeman.

However, Messi has also left the door open for a potential exit later this year, as he told La Sexta in December: “I have nothing clear until the end of the year, I will wait for the end of the season.

“I don’t know if I’m going to leave or not and if I leave, I would like to leave in the best way.”

Will Barca be favourites in PSG tie?

There was a time when PSG would have been major underdogs in any contest against Barca, but the pecking order at the top of European football has changed significantly in recent years.

Pochettino’s team reached the Champions League final under Thomas Tuchel last season while the Blaugrana were totally outclassed by eventual winners Bayern in the quarters, and Koeman is wary of the threat they will pose.

The Dutchman still feels his side will come out on top over the two legs though, having seen them embark on an impressive seven-match winning run in La Liga over the past few weeks.

“We are very excited about the Champions League, it is a very tough tie. PSG has a very good team, strong,” said Koeman.

“I believe in my team and my players. We are clear about our improvement in the game and results. But the tie is even.

“By history and by track record. We are confident in beating a strong team.”

Mon Feb 15 , 2021
The Blancos full-back picked up a knock in a La Liga meeting with Valencia and is now facing up to several weeks on the sidelines Real Madrid’s injury woes show no sign of abating, with the Blancos confirming that Dani Carvajal has been added to an ever-growing list after picking […] 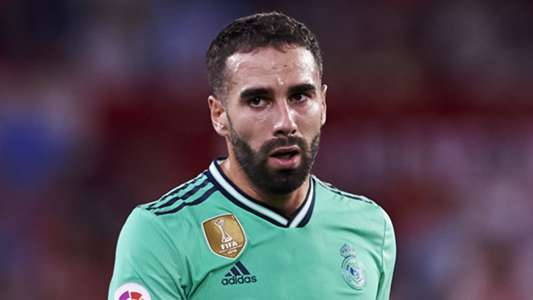