Fans set to return to stadium in UAE…

The UAE Football Association (UAEFA), in coordination with the National Crisis and Emergency Management Authority (NCEMA), has decided to allow fans for the Presidents Cup final that will be played between Shabab Al-Ahli and Al Nasr at the Hazza Bin Zayed Stadium on May 16.

The UAEFA will allow fans at a maximum of 30 per cent capacity of the stadium. fans who have already been vaccinated can attend the final. Further, they must produce a negative RT-PCR test result, and it must be conducted 48 hours ahead of the match.

They must also have a gold star status or ‘E’ on the Al Hosn app to be allowed into the stadium.

“It’s the first official event that only vaccine recipients and its clinical trials participants are allowed to attend,” stated an NCEMA statement on Tuesday.

The UAEFA is considering this as an experiment and if it goes along smoothly, then fans might be allowed for the World Cup Qualifiers in June.

“Accordingly, the experience will be evaluated, and the return of fans to the stands will be reconsidered during the next phase of the World Cup and AFC Asian Cup qualifiers,” the NCEMA added.

The President’s Cup was established in 1974 and the reigning champions are Shabab Al-Ahli. The 2019-20 edition of the tournament had to be cancelled due to the Covid-19 pandemic.

The Red Knights are also the most successful club in the competition as they have won the championship nine times. They are closely followed by Sharjah FC with eight titles.

Arab Cup 2021: UAE drawn in Group B along with Tunisia and Syria

Wed Apr 28 , 2021
The draw for the Arab Cup was held in Doha on Tuesday… UAE have been clubbed in Group B in the Arab Cup along with Tunisia, Syria. The play-off winner between Mauritania and Yemen will also join the group.  The draw for the tournament took place at the Katara Opera […] 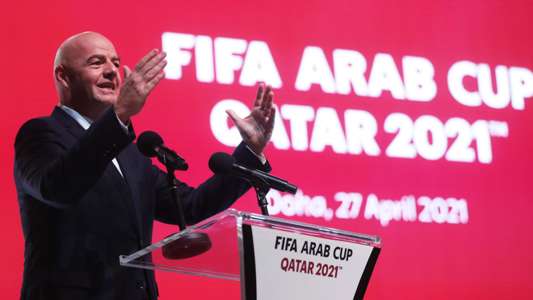