There is no shortage of competition in the goalscoring charts, with candidates from Liverpool, Manchester City and more

The race for the Premier League Golden Boot is typically competitive, with some of the best attackers in world football playing in the division.

A haul of over 20 goals is usually required to come out on top and there are plenty of candidates in the mix this season.

Harry Kane, Sergio Aguero and Mohamed Salah, who have all won the accolade before, should be there or thereabouts, but there is always room for a surprise package.

Goal is compiling the individual goal tallies for the highest-scoring Premier League players this season and you can check it out below.

Liverpool striker Mohamed Salah, Everton’s Dominic Calvert-Lewin and Tottenham’s Heung-min Son and are the early pace-setters in the race for the Golden Boot, having surged out in front in the opening gameweeks.

Leicester forward Jamie Vardy continues to hit the back of the net for the Foxes with regularity, while Manchester United playmaker Bruno Fernandes has been prolific on the scoresheet, thanks in some part to his status as chief penalty taker at Old Trafford.

Harry Kane has rediscovered a scoring touch that faltered in recent seasons and Leeds United will be pleased with Patrick Bamford’s contributions in front of goal.

You can see the top scorers in the Premier League this season below.

*Up to date as of games played on January 26.

It was Vardy’s first time winning the prize, having previously come close in the 2015-16 campaign with a tally of 24 goals – one fewer than that year’s winner Harry Kane.

The former England international finished marginally ahead of Arsenal’s Pierre-Emerick Aubameyang and Southampton’s Danny Ings, who each struck 22 times for their club.

Tue Jan 26 , 2021
The pair butted heads – literally – just before half-time at the San Siro, resulting in both being shown a yellow card Romelu Lukaku and Zlatan Ibrahimovic were involved in a heated clash on the pitch at the end of the first half in Tuesday’s clash between AC Milan and Inter.  AC […] 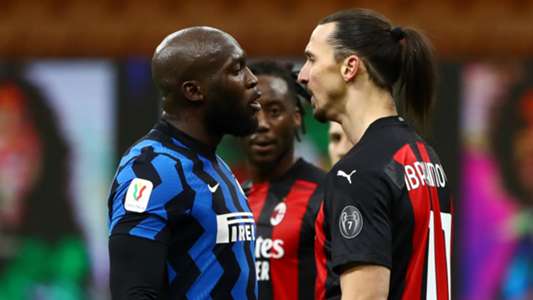