The English top flight has seen a spike in cases along with the rest of the country, which is currently on a national lockdown

The Premier League has announced 40 new cases of Covid-19 among players and club staff – by far the highest figure recorded in a single week.

At the same time, the league said it was confident its protocols meant games should continue to be played, with clubs now being tested twice weekly.

The results for December 28 to January 3 saw the number of positives surge from the previous high of 18, which was recorded the week before.

In a statement, the Premier League said 28 tested positive from 1,311 tested between December 28 and December 31, with a further 12 positives from 984 players and staff who underwent tests from January 1 to January 3.

Although England has entered a national lockdown, professional sport is being allowed to carry on, unlike last season when the campaign went on hold for three months.

The latest figures from league chiefs follow the postponement of three matches last week due to coronavirus infections, with Fulham seeing their games against Tottenham and Burnley both called off, along with Manchester City’s fixture at Everton.

Man City were, however, able to play their match against Chelsea days after their game against Everton was postponed, defeating Frank Lampard’s side 3-1 on Sunday despite a number of positive tests among players and staff.

Fulham, meanwhile, are scheduled to play QPR on Saturday in the FA Cup and will be hoping to avoid a third consecutive postponement.

Despite this impact, the Premier League said it would press on with the season as intended. There have been calls from some in the game for a circuit break – a period in which clubs could look to get the virus under control.

West Brom manager Sam Allardyce has been among that group, saying last week: “I’m very concerned for myself and football in general.”

The Premier League, however, said: “With low numbers of positive tests across the overwhelming majority of clubs, the league continues to have confidence in its Covid-19 protocols, fully backed by the government, to enable fixtures to be played as scheduled.”

It said players or club staff must self-isolate for 10 days after a positive test. 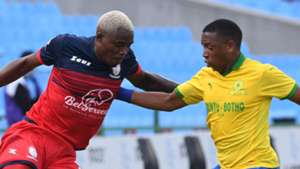