Indian tennis player Prajnesh Gunneswaran says resuming the season is a good thing for the Tour but still it’s all far from great. The New York Governor Andrew Cuomo has given the US Open the green light to proceed with the event and the tournament is expected to take place from August 31 – September 13.

But the expectation is that there won’t be qualifying events at the US Open taking place this year. “The US is still not fine yet. It’s not a great decision,” Gunneswaran told The Indian Express. “It’s a good thing for the tour to restart.

But it is tricky because not everybody can play because there will be some who can’t participate because maybe they aren’t allowed to travel (by their respective governments). It’s a complicated time, but (organisers) have the perspective that they need to run the tournament maybe for the sake of the money that they make from it as an organisation”.

The United States has been the hardest hit nation by the coronavirus pandemic and New York has been one of the hardest hit cities in the world. “In my opinion it’s not the best idea,” Gunneswaran said. “If they’re going to have ranking points and no qualification round, what happens to all the qualifiers? Everybody else in the top 100 get to widen the gap.

The other part is the safety aspect since the US is not exactly the safest place to be right now. Those issues are not sorted out yet.”

Gunneswaran, ranked at No.

132 in the world, might make the main draw cut for the US Open since there is a good chance that a number of players will pull out of the event. “Because I might get in, that doesn’t mean that I should be happy and change my tune just because I get to play.

I still feel it is unfair,” Gunneswaran said. “There is a possibility, and if they choose to go ahead with the tournament and if the guys decide to play, then of course I will also try to go. But I hope they can come up with something fair for players who are generally in the qualifiers – players up to the 250 (rank) – because they should not widen the gap”. Prajnesh Gunneswaran suffered a first round defeat in his US Open debut a year ago.

Thu Jun 18 , 2020
The young Italian prodigy has been backed for a very bright future with a big transfer possibly looming Brescia’s young star Sandro Tonali is ready to play for a “top, top club” amid strong links to Juventus and Inter, said former Italy international Federico Balzaretti. Tonali is highly coveted following his […] 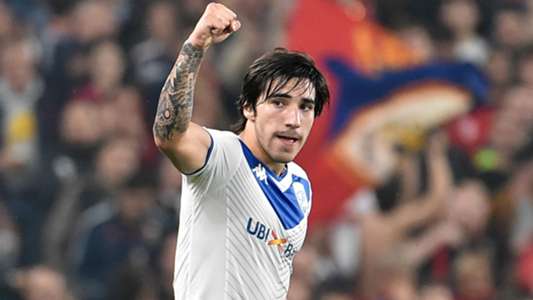