This is a second stint for the much-travelled tactician at Taifa Stars, having managed both the junior and the senior team in the past

Kim Poulsen has been confirmed as the new Tanzania head coach by Tanzania Football Federation.

The Federation believes the 61-year-old is the best candidate to help the East Africans meet their targets.

“TFF has appointed Danish Kim Poulsen as the national team head coach effective immediately,” read a statement by the Federation and obtained by Goal.

“The tactician has signed a three-year contract to coach Taifa Stars who are currently in the race to seal a place in the [Africa Cup of Nations finals] in Cameroon as well as the 2022 World Cup qualifiers.”

“Poulsen has initially coached Taifa Stars between 2012 and 2013; he has also managed the youth team,” the statement continued.

“The tactician takes over from Etienne Ndayiragijje who recently parted ways with TFF on mutual consent; he had been appointed to coach the team in 2019.”

The Burundian was appointed to replace Emanuel Amuneke of Nigeria who was let go after a poor show at the Afcon in Egypt in 2019 where Taifa Stars finished without a point after losing all three matches against Algeria, Kenya and Senegal.

Ndayiragije left his position after Tanzania struggled in the recently concluded African Nations Championship in Cameroon. He helped Taifa Stars qualify for the tournament meant exclusively for players doing trade in their own domestic leagues.

He guided the Cecafa nation past Kenya and Sudan on their way to the Chan 2021 edition.

Ndayiragije is one of the most experienced regional coaches having handled Vital’ O of Burundi, Mbao FC, Kinondoni Municipal Council (KMC FC) and Azam FC.

At Vital’ O, he won the Premier League title as well as the FA Cup before he crossed the border to take over at Mbao of Tanzania in 2016. He did not stay for long at Mbao as he was appointed by KMC whom he helped qualify for the Caf Confederation Cup for the first time in their history when they finished fourth in the Mainland Premier League.

With the good record at KMC, he was approached and later appointed by Chamazi club Azam who he guided in the Confederation Cup campaign.

He was named the Taifa Stars coach – where he acted on an interim basis initially – from Azam. He helped the national side reach the group phase of the Fifa World Cup qualifiers after he eliminated Burundi in the preliminary stage.

Mon Feb 15 , 2021
The Slum Boys have explained the procedure their star will follow to undergo an operation for the injury he picked against Sofapaka FKF Premier League side Mathare United have confirmed defender Harun Junior will undergo surgery to repair his torn ACL on Tuesday. The Slum Boys have revealed the development […] 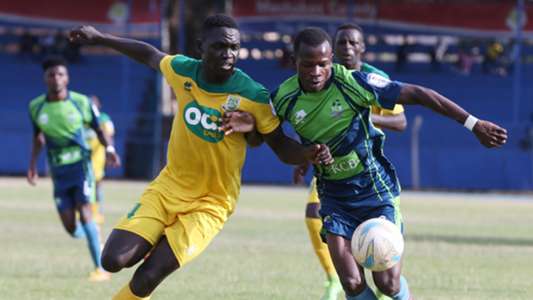