Football Kenya Federation Premier League side Posta Rangers have released six players as they continue to rebuild for the season.

The Nairobi-based team has struggled to get wins in the Kenyan top-tier in the ongoing campaign, and new coach Stanley Okumbi is doing away with players he feels are a let-down.

Those who have been shown the door from the Mailmen are Collins Okumu, Salim Odeka, Bill Oporia, Raphael Asudi, Elijah Mwanzia, and Yusuf Juma.

“The coach felt the released players would not give him the results he wants, and we had to let them leave,” a senior source at the club told Goal on Monday.

“Okumbi has been given a free-hand regarding team structuring and the management is doing its best to ensure his wishes are granted. A few more changes are coming before the short transfer window is closed.”

The team has made several signings already to bolster the squad and ensure the team gets positive results consistently.

The latest signings are Alex Dunga Luganji who joins the team from the National Super League side Nairobi Stima. Rising Star Steiner Musasia and Josphat Lopaga.

The Mailmen also signed midfielder Bernard Ondiek from Gor Mahia a couple of days ago.

The veteran player found it hard to break into the K’Ogalo first team and opted to try his fortune elsewhere. The Mailmen jumped on the opportunity and brought him on board.

Other arrivals in the team are Evans Makari Maliachi from side Talanta FC, Joshua Otieno Nyatini from Wazito FC, and Ambrose Awio Ayoyi from Biashara Mara United.

Rangers have struggled to win matches in the top-tier this season and it is something they aimed at solving by bringing Okumbi and the other new signings on board.

However, the tactician started his reign with a 4-1 loss to Tusker FC a couple of days ago. Jackson Macharia, Henry Meja, and Luke Namanda scored for the 11-time league champions while the Mailmen’s goal was struck by Ezekiel Okare.

The Mailmen have collected just one win from the 12 matches they have played in the FKF-Premier League, drawn seven, and lost four. They have also scored eight goals and conceded 15 which puts them at a goal difference of negative seven.

Mon Feb 22 , 2021
The enigmatic Portuguese coach is seeing questions asked of his future in north London, but a Tottenham legend sees him staying put Questions of Jose Mourinho’s future at Tottenham are “ridiculous”, says Glenn Hoddle, with the Spurs legend baffled as to why they would sack their manager with major silverware […] 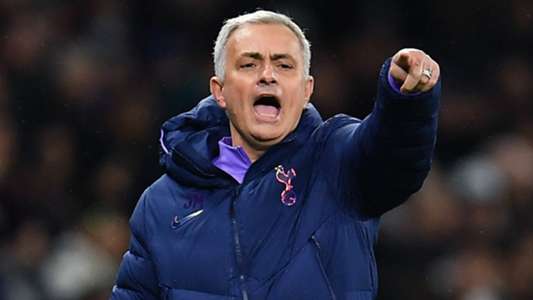