Posta Rangers players were left surprised by the ‘uncalled-for and surprising’ change in the technical bench.

The Mailmen chairman John Tanui went on to state the tactician was fired after failing to meet set objectives after the first 10 league matches.

“We did not see [the firing] coming and it caught us by surprise,” a senior player at the club told Goal on Friday.

“I remember we were called to a meeting and told a new coach is coming and that ‘Pamzo’ will not be with us. It was something we did not expect and you could see the surprise on the faces of the players.

“As players, we felt it was an uncalled-for for decision to release the coach, who was close to making the team perform. We were not playing badly, the problem was on scoring and the coach had identified that. Then before fixing the problem, he was fired.”

The former Harambee Stars coach came on board with Collins ‘Korea’ Omondi coming in as his assistant coach.

“We have no problem with whoever has been appointed; players have no say on who to be hired,” our source continued.

“We will just do our job effectively and follow what we are being instructed. Whether the tactics given will work out or not, is up to the coach because he is answerable.”

On Thursday, Okumbi was in charge of his first league game against Tusker at the Kasarani Annex and fell 4-1.

Teenage striker Henry Meja bagged a brace while Jackson Macharia and Luke Namanda struck once each. Ezekiel Okare scored the only goal for his team.

Prior to the game against the Brewers, the Mailmen had not conceded four goals in a match this season. The worst they suffered was a 3-0 loss to KCB FC in their campaign’s opener.

After Thursday’s loss, the team is placed in the 14th position with 10 points. They have managed to get just one win, drawn seven, and lost four out of the 12 games played.

They have also scored eight goals in the process and conceded 15.

Fri Feb 19 , 2021
After two superb Champions League displays by the pair, is this the next Messi v Ronaldo? Source of the article 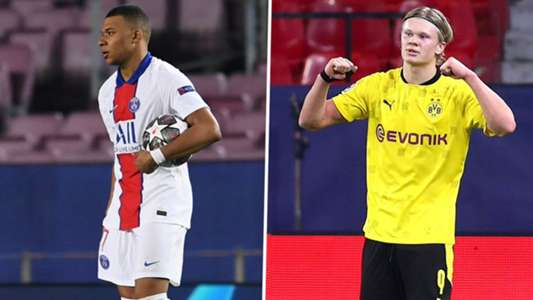