The Mailmen finished the month unbeaten, winning two out of three games without conceding

Posta Rangers tactician Stanley Okumbi and goalkeeper Kevin Opiyo have been crowned as the best Football Kenya Federation Premier League coach and player respectively for the month of March.

The duo played a vital role in ensuring the Mailmen collected seven points from their three matches. Okumbi, who was under pressure to perform, after his team collected no point in the previous game, managed to inspire them to draw with Kariobangi Sharks, before defeating Gor Mahia and Mathare United respectively.

It is for this reason he was crowned, two months after replacing former coach Sammy Omollo.

“I am happy to have been recognized and it is a motivation to continue working harder,” Okumbi told Goal on Tuesday.

“I take the opportunity to thank the management and the players for giving their best, and I hope sports will resume soon and we continue from where we left.”

Goalkeeper Opiyo was also acknowledged for his contribution in the aforementioned month after keeping three clean sheets.

The custodian who had not enjoyed playing time since arriving from National Super League side APS Bomet in September last year was thrown into the deep end in March and returned the favor by maintaining a flawless record.

Opiyo beat Zoo Kericho centre-back Alex Onchwari and Gor Mahia forward Wilson Silva to the award which comes with a customized trophy and a Ksh 50 000 cash award. Onchwari who came second was the bright spark in the relegation battling team which improved its fortunes in the month after a false start in the season.

He scored the lone goal as Zoo narrowly edged Vihiga United 1-0 to register their first win of the season and was named Man of the Match in their 1-1 draw in their match against KCB as well as helped his side keep a clean sheet against Western Stima.

Opiyo becomes the third goalkeeper to win the individual monthly award in recent times after Bandari shot-stopper Justin Ndikumana who was decorated in March 2019 while at Sofapaka and Gabriel Adika who was feted back in 2015 while attached to Western Stima.

He is the fourth recipient of the award this season after AFC Leopards striker Elvis Rupia, Tusker’s Henry Meja, and Bandari’s William Wadri who were feted by the league organizers in December, January, and February respectively.

Tue Apr 27 , 2021
The Brazilian has insisted that he is enjoying his football at Parc des Princes ahead of a Champions League semi-final clash against Manchester City Neymar says the 2020-21 season has been his happiest yet at Paris Saint-Germain and that he has put the “difficult times” he’s endured in France firmly behind […] 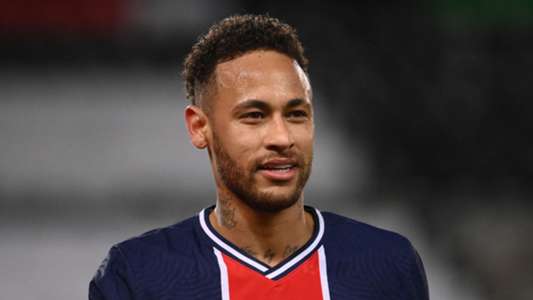