Mauricio Pochettino says Paris Saint-Germain are “very happy with everything” that Moise Kean is doing on the pitch, with the loan star having stepped up in Neymar’s injury-enforced absence

Kean scored his 14th goal of the season on Saturday to fire PSG to a 2-1 victory over Nice at Parc des Princes. The Everton loanee produced an impressive all-around performance after filling in for Neymar, who is facing a few weeks on the sidelines with an adductor issue.

Pochettino hailed Kean for his versatility after the match, while expressing his satisfaction with the overall contribution the Italian forward has made since his arrival as head coach at the start of the year.

“Today, Moise scored. He also scored in the cup [against Caen]. We are very happy with his services,” Pochettino told his post-match press conference. “He is able to play in different positions in attack, whether it is on the axis, on the right side or the left side.

“We are very happy with everything he does.”

Will Kean start against Barcelona in the Champions League?

With Angel Di Maria also currently on the injury list alongside Neymar, Pochettino may have no choice but to start Kean in attack once again when PSG travel to Spain for the first leg of their round of 16 Champions League tie against Barcelona on Tuesday.

It remains to be seen how the Argentine will set his team up, but Kean, Mauro Icardi and Kylian Mbappe will all be available to lead the line for the French champions at Camp Nou.

Kean is already looking forward to the challenge, as he told Canal Plus after the Nice victory: “Ligue 1 has evolved a lot. Not all matches are easy. In addition, Tuesday we have a great match so it was important to have the victory for the confidence.

“We are always preparing for the matches, we are on our side. train every day to be ready and have good results.”

When does Kean’s contract at PSG end?

Everton sent Kean to PSG on a season-long loan back in October, which means he will be expected to return to Goodison Park at the end of June.

No option to buy was included in the final deal, but Toffees boss Carlo Ancelotti has admitted that the 20-year-old could stay at Parc des Princes beyond the summer.

Sun Feb 14 , 2021
The outspoken official now states the Msimbazi giants have started their journey of making it from the group stage Simba SC official Haji Manara has maintained they are on course to achieve their target of reaching the quarter-finals of the Caf Champions League following their opening win against AS Vita […] 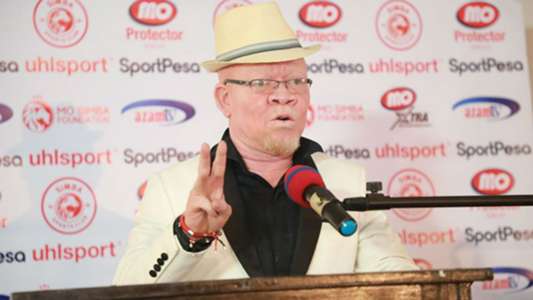