Mauricio Pochettino is confident Kylian Mbappe and Neymar will commit to Paris Saint-Germain.

The attacking duo’s futures at the club have been the subject of widespread debate.

Neymar has been linked with a return to Barcelona, the club he left for PSG in 2017, while Real Madrid hold a long-standing interest in Mbappe.

PSG are in a state of flux following the sacking of Thomas Tuchel in December, but the arrival of Pochettino as the club’s coach has instilled the feeling that a long-term project is in the making.

Neymar moved to clarify his future in an interview on Sunday, when he said that he wanted to remain at PSG and felt Mbappe was of the same mindset.

“I am happy today. I am truly happy,” the Brazil star said in an interview with TF1.

“Things have changed a lot. I can’t exactly explain why. But today, I am feeling good. I have adapted. I am calmer and I am happier. I want to stay at PSG.

“I also want Kylian to stay. We want PSG to be a great team. I want to continue to play football and be happy, that is the most important thing.”

Mbappe has not broken cover, after saying earlier this season that he was considering his options, but Pochettino has been asked for his feelings on the subject and is convinced his star attackers are keen to stay and help the club in their quest for Champions League glory.

“I believe that Neymar and Mbappe will stay, I have a feeling, and will stay a long time at PSG,” Pochettino told RMC. “And I have no doubts, I am very optimistic. The club is working hard to keep them with us.

“Ney and Kylian are happy. They are having fun here.”

Asked directly for his thoughts on Mbappe not giving a public statement of commitment, Pochettino said: “I’m not here to comment on Kylian’s words, but I think it was positive that he came out and was honest.”

Neymar’s comments came on the same day that PSG suffered a shock loss to Lorient to surrender top spot in Ligue 1, and the club will hope the focus can be on battling for honours in the second half of the season.

Mon Feb 1 , 2021
One of the Brazilians’ tacticians insists the departed defender’s boots will be too big to step into despite a new arrival Mamelodi Sundowns co-coach Rhulani Mokwena says that new signing Rushine De Reuck was not brought in to plug the gap left by the late Motjeka Madisha. De Reuck’s signing […] 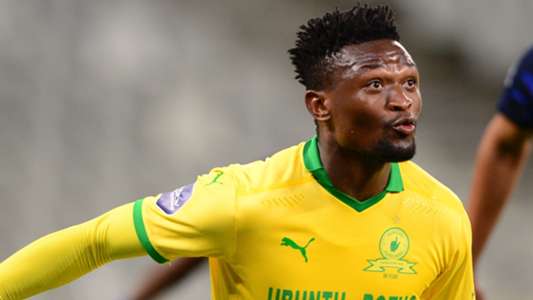