Mauricio Pochettino says he expects Kylian Mbappe to stay at Paris Saint-Germain “for many years to come” amid speculation linking the forward with Real Madrid and Liverpool.

Mbappe has long been linked with a move away from PSG but there are question marks over whether any club could actually afford to sign him.

The 22-year-old recently said he was considering his options with a long-term contract offer on the table from PSG. His current deal is set to expire in 2022.

“Who doesn’t love Kylian, we say to each other? He makes himself loved, with his smile, his face and his energy,” Pochettino said in an interview with Marca.

“At the age of 19 he was a world champion, impressive things have happened to him, but he is special and different, with a lot of emotional intelligence. He has a lot of potential to develop but he is already [someone for the] present, not just the future.

“It’s a challenge and a good thing to work with this kind of talent, it makes you a better coach. You give this type of player a solution and he gives you five back.

“There are a lot of rumours, but I think he will be at PSG for many years to come, and that’s the club’s hope. We are counting on him for as long as we are here. It’s true that he has to make a decision [on his future], but he seems happy and very committed to this project.”

Pochettino was also asked about rumours linking PSG with a move for Lionel Messi.

The new head coach was careful not to fuel such speculation but, with PSG accused of disrespect by Barca presidential candidate Joan Laporta, Pochettino noted that no football clubs are perfect when it comes to pursuing players from other clubs.

“Whatever I say will be misunderstood, and I love what I have here,” he said. “Great footballers fit in any league and any team.

“I respect players who belong to other teams, because they [the teams] can get angry and I understand why.

“We understand that in the world of football there are no saints; nobody can complain that each club does its best to improve their team. But this does not hide a hidden message on our part.”

Pochettino’s eventual success or failure in Paris could come down to the form of Mbappe and strike partner Neymar, and the former Spurs boss is enjoying the task of coaching the pair.

“The relationship with them is spontaneous and natural. We took an approach to show them that we are genuine and expect the same from them. We don’t prejudge people and when we arrive at a place, we are open to that change.

“They are eager to see how you arrive and how you talk to them. They are people first and foremost and have an emotional intelligence that makes them understand any situation.

“Sometimes we relate to each other with gestures. Trust is not achieved in a year, it is with a gesture or a word, and we have had a feeling with them and with everyone since the first day.”

Thu Jan 28 , 2021
The attacking midfielder has fallen down the pecking order at Old Trafford and is set to join former manager David Moyes at West Ham Jesse Lingard is on the brink of joining West Ham on loan for the rest of the season after a breakthrough in negotiations, Goal understands. The […] 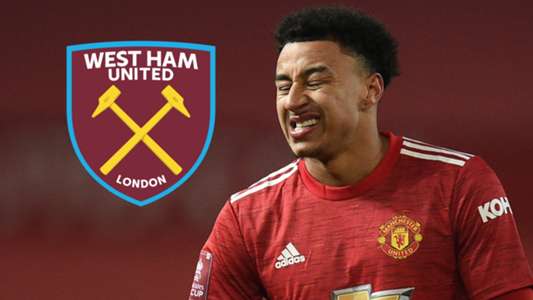